The Callaway Epic Forged Irons deliver incredible feeling from a forged 1025 carbon steel iron. The turf interaction and sound at impact are amazing, and for the first time ever, they have engineered their dynamic Suspended Tungsten Core into a forged iron.

This allowed Callaway to precisely position the centre of gravity for controlled launch. The weight is wrapped in a TPU over-mold and then suspended by their patented urethane microspheres to comprehensively absorb unwanted vibration without slowing the face. This, in turn, allows for an astonishingly thin and fast 360 Face Cup. The end result is forged performance with epic distance.

To provide spin and control in the mid and long irons, they implemented a new VFT pattern to promote consistent spin rates and ball speed. In the short irons, they resistance welded a MIM’ed tungsten weight higher in the body to control trajectory and allow for aggressive shot making. 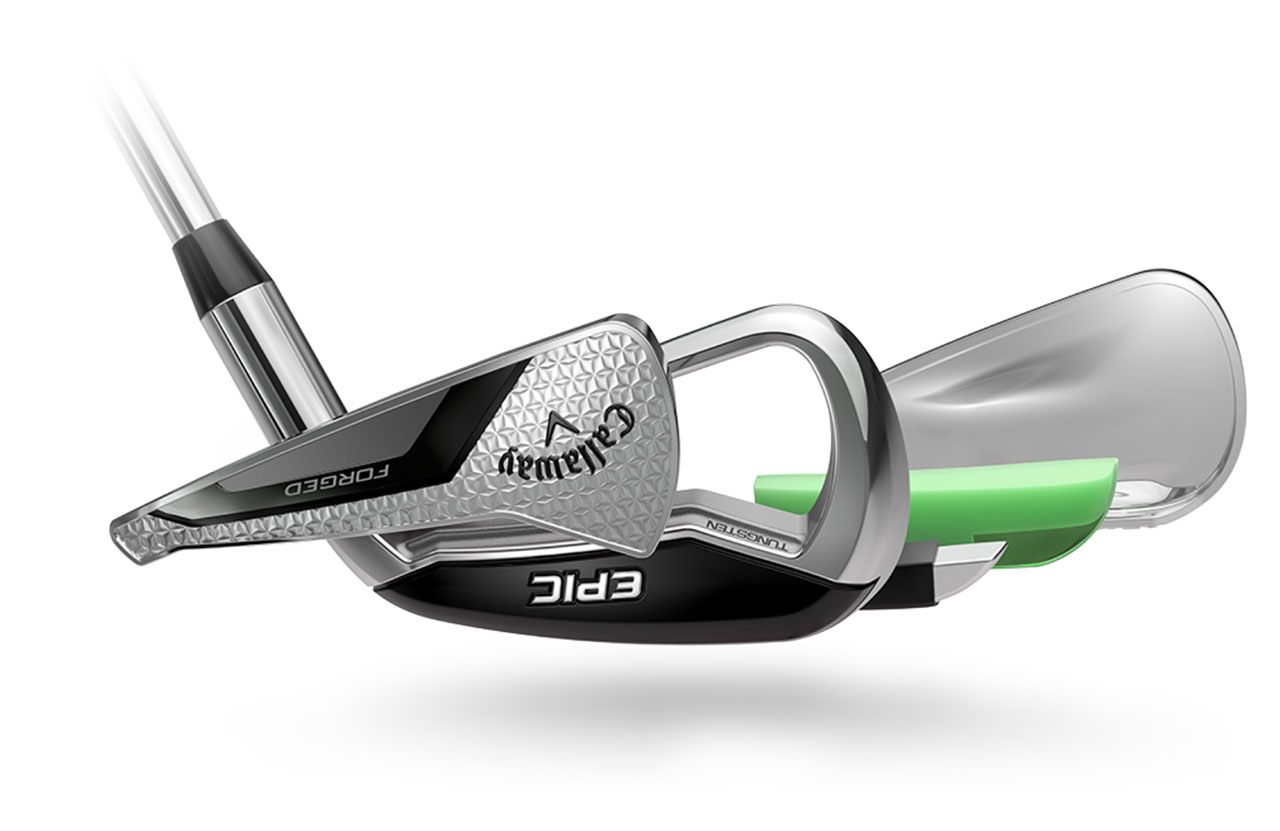