When you own one of the best swings in the game, having the right clubs in the bag to maximise your advantage is a must.

Such is life for Rory McIlroy, the superstar from Northern Ireland who has won four majors and is one of the most engaging players in the game.

What clubs does Rory McIlroy use? 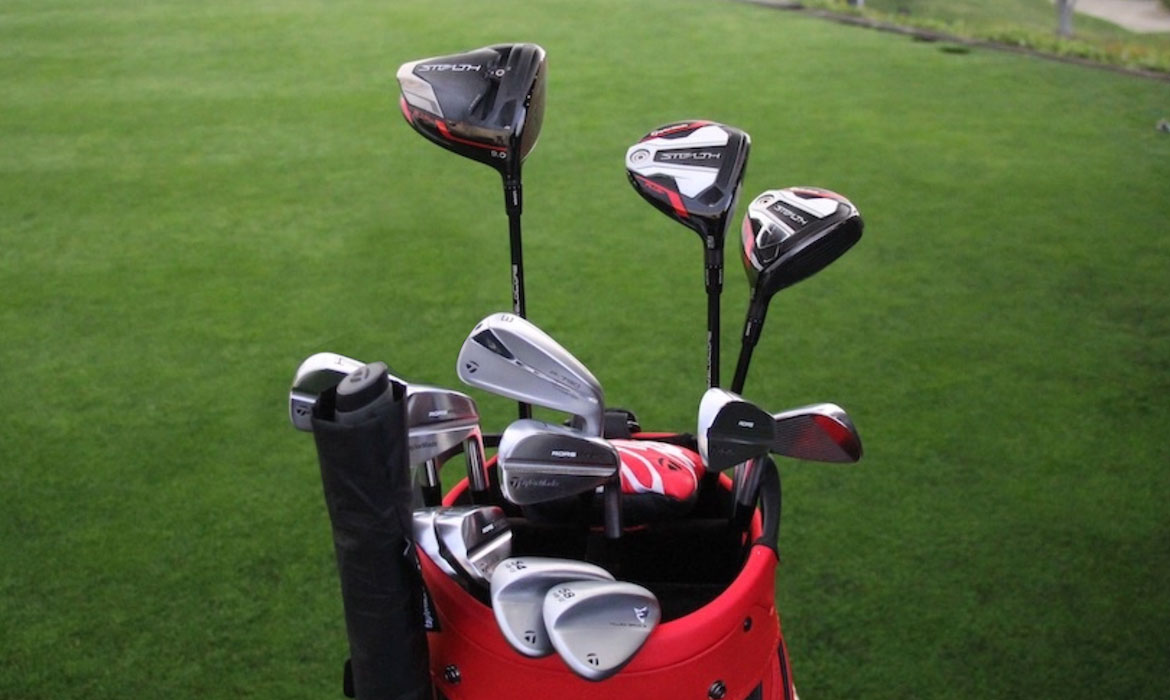 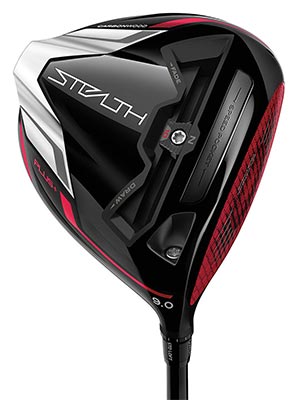 The new TaylorMade Stealth Plus+ driver went straight in Rory’s bag at the beginning of 2022 and it’s been a successful partnership ever since.

The large carbon fibre face on the TaylorMade Stealth Plus+ driver helps Rory transfer his high swing speed into the ball at impact with greater efficiency, creating more distance off the tee in an effortless fashion – much like Rory’s smooth swing itself.

The Stealth Plus+ continues the previous SIM era’s inertia generator/speed pocket design that optimises weight throughout the driver, to provide oodles of speed and forgiveness. But it’s the nanotexture wrap on the carbon fibre face that unlocks consistency - it optimises spin and launch whether it’s wet or dry, for reliable spin rates in any weather.

Rory’s Stealth Plus+ is the only one of the three Stealth driver models with a sliding sole weight (10g), which can create a draw or fade bias depending on where it is locked into on the track (Rory’s is set in the neutral position).

Rory has his TaylorMade Stealth Plus+ driver fitted with a Fujikura Ventus Black 6 X shaft,

Rory McIlroy had TaylorMade’s latest SIM2 driver in his bag when he opened his 2021 season in Abu Dhabi and it clicked straight away.

Known as one of the best drivers on tour, Rory opened the year with a blistering eight-under 65 and drove the SIM2 like a dream all week – an excellent pointer to his prospects for the rest of the year.

The TaylorMade SIM2 driver is devoid of compromise, with both distance and forgiveness maximised to full effect.

UPDATE: It is the ultimate TaylorMade performance package off the tee and Rory has his SIM2 driver matched with Mitsubishi Kuro Kage XTS 70 X shaft, after previously using a Fujikura Ventus Black 6X shaft.

Chris Trott from TaylorMade takes you inside the TaylorMade Tour Truck and takes you through step by step how they build Rory McIlroy SIM2 Driver.

Echoing his Stealth Plus+ driver, Rory’s TaylorMade Stealth Plus+ five wood is designed with better players in mind. Its compact head profile encourages shot shaping – a very handy attribute for a player of Rory’s capabilities - and a hot ZATECH titanium face loaded with Twist Face technology makes them highly forgiving.

A V-Steel sole helps the Stealth Plus+ fairway glide through any turf with little resistance while a Speed Pocket, located behind the leading edge on the sole, catches low strikes on the face and launches them high and long. 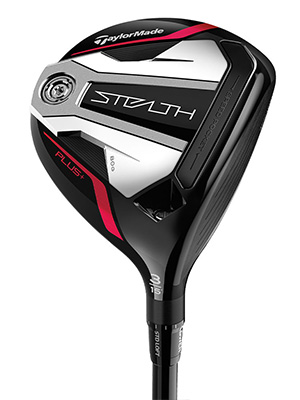 SIM2 Titanium fairways feature a compact head and are constructed from titanium rather than steel, like most other fairway woods.

Designed for better players, they are perfectly suited to life on tour with a strong and penetrating ball flight that Rory can take advantage of on longer holes. 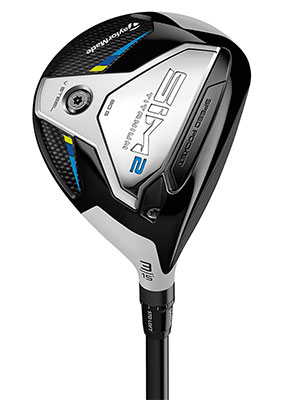 Rory has added a 2020 TaylorMade SIM Max Rescue into his bag when the need arises.

It features an oversized profile and provides a high level of forgiveness for mis-hits, with a V-Steel sole and Twist Face tech making it an ideal long iron replacement. 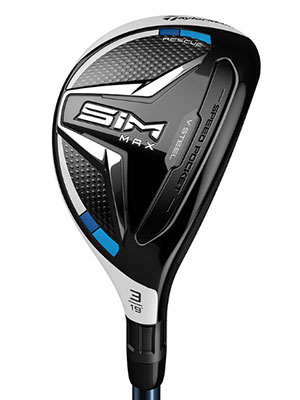 WITB UPDATE 06/05/2021: Muscleback blades like the TaylorMade Rors prototype Rory used when winning the Wells Fargo Championship at Quail Hollow aren’t for everyone.

But for a player of Rory’s skill and consistency, they offer an exquisite level of feedback and feel to help him weave his magic.

They are classic forged blades with a diminutive sweet spot, however, a player with Rory’s skill and consistency can obtain a purity of strike that few other irons can offer.

Rory’s P7MB irons are fitted with Project X Rifle 7.0 shafts, with his PW carrying a 6.5 version of the shaft. 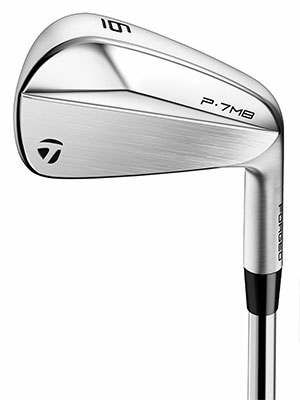 The Milled Grind 3 wedge continues TaylorMade’s tradition of a CNC-milled sole, with Rory opting for the standard bounce grind that is the most versatile in the range.

Sporting a simpler and cleaner exterior, the MG3 also features micro-ribs in between the ZTP grooves for extra spin.

And the MG3 also has a raw face that will rust over time for greater stopping power around the greens. 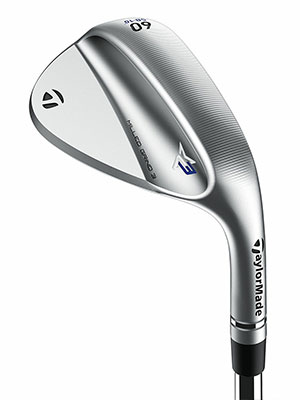 Rory manages to get some serious sizzle and scoring accuracy with his trio of TaylorMade Milled Grind 2 wedges.

Milled Grind 2 wedges are constructed with incredible precision, featuring sharp grooves for scorching spin and comprehensive control and a selection of sole grinds that are replicated with unerring consistency through TaylorMade’s milling process. 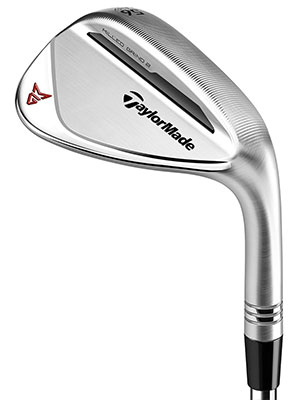 Chris Trott from TaylorMade takes you inside the TaylorMade Tour Truck and takes you through step by step how they build Rory McIlroy Milled Grind 2 Wedge. 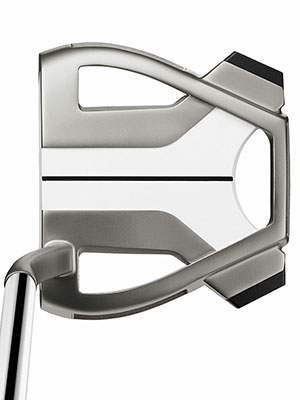 The Newport 2 is a traditionally shaped flat-stick with an L-shaped hosel. It features Scotty Cameron’s signature screw weighting on the back cavity and a tungsten-balanced sole. 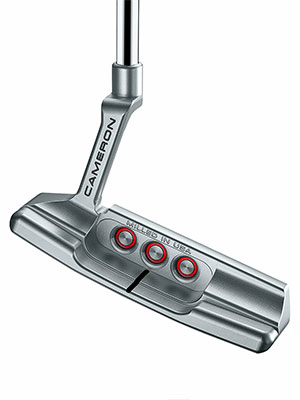 Switching to the TaylorMade Spider X putter in at the beginning of the 2019 season, Rory had a year to remember with three victories and a FedEx Cup win, which netted him the $15 million first prize cheque.

Unsurprisingly, the Spider X has remained in the bag ever since.

It’s slightly more compact than the original TaylorMade Spider putter and the white, ball-width channel that runs through the centre of the putter head aids alignment and helps Rory start his putts on the intended line with great consistency. 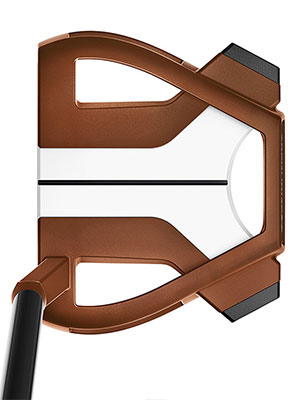 WITB UPDATE 25/02/2021: After enduring a frustrating run of form McIlroy swapped out his TaylorMade Spider X mallet putter for the TaylorMade TP Collection Juno putter at the WGC-Workday Championship in late February.

The switch was an early success, with a spike in McIlroy’s strokes gained putting statistic resulting in a tied-sixth finish at the WGC before holing almost everything in the first round of his next tournament, the Arnold Palmer Invitational.

The Juno is a traditional Anser-style blade putter that features an L-neck hosel, single sightline, a full-shaft offset and 36° of toe hang to suit McIlroy’s slightly arcing putting stroke. 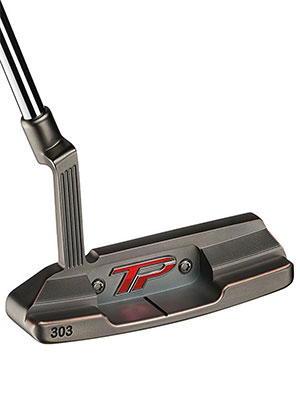 Rory plays the new 2021 TaylorMade TP5X ball, a firmer compression ball that complements his high swing speed but still provides plenty of feel around the greens.

The new TP5X offers low-spin performance with the driver and long irons, for a penetratingly straight ball flight, but when the short irons come out, spin rates increase rapidly to provide the control and finesse needed in the scoring zone. 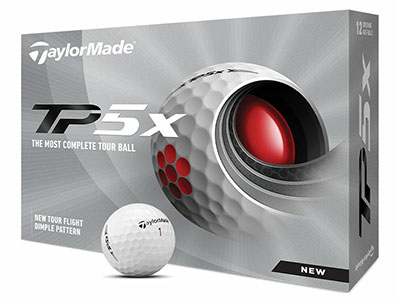