Tiger eased back into 2020 with a top 10 finish at Torrey Pines, where he looked fit and healthy in less than ideal conditions for a 44-year-old with a fused back and reconstructed knee.

The temperature never crept above 19°C all week at Torrey, but Tiger appeared to be pain free and swinging as well as ever.

His iron play was superb, highlighted by a would-be eagle from 141 yards; Tiger’s ball took two bounces, went in the hole before bouncing out again.

On current form, Tiger’s record-breaking 83rd PGA Tour title looks likely to come sooner rather than later, but here's where his best chances might come this year. And no pressure, Tiger.

At a pinch you probably wouldn’t be betting on Tiger recording PGA win No.83 at Riviera.

In 13 attempts, Tiger’s never won at Riviera – the most of any course he hasn’t been victorious at.

The winning drought is puzzling because Tiger says Riviera suits his eye and he loves the course, which is close to where he grew up in Cypress, California.

Riviera was also where Tiger made his PGA debut as a spindly 16-year-old amateur in 1992, following up again in 1993, but he just doesn’t seem to play well there.

He deleted Riviera from his schedule after 2006 before returning in 2018 when his TGR foundation began running the event, as it does again this year.

Tiger might have some extra off-course distractions but he finished tied 15th at Riviera last year and he’s in great form.

Could this be the year he finally breaks his Riviera hoodoo for win No.83?

A limited field event in Mexico could prove to be the perfect formula for Tiger’s 83rd Tour victory.

Being a World Golf Championship event, he’ll be facing the majority of the world’s best players but he's dominated WGC tournaments in the past.

Eighteen of Tiger’s current 82 wins have come in WGC events, which illustrates his greatness – Dustin Johnson is the next most successful player with four WGC wins.

With the Club De Golf Chapultepec at an elevation close to 7600 feet, the thin air sees an increase in distance with every club in the bag and places a premium on calculating exact yardages.

It’s a scenario that will suit Tiger, who ranks just above average in driving distance but is one of the best iron players in golf.

He’ll adjust his game and after finishing in the top 10 in last year’s edition of the tournament, he might be primed to add WGC win 15 and break the PGA Tour win record.

An eight-time winner at Bay Hill, Tiger knows how to get the job done around the course affectionately known as Arnie’s place.

Notching his 83rd PGA win at Bay Hill looks a tantalising reality for Tiger and would provide perfect symmetry - golf’s biggest name breaking the record at a tournament that honours Arnold Palmer, a true legend of the game.

Tiger’s four consecutive wins at Bay Hill in 2000-2003 equalled the PGA single event record and his win in 2003 was by a margin of 11 strokes, despite playing the final round with a bout of food poisoning.

While a neck strain kept him out of last year’s API, he finished fifth in 2018 and it wouldn’t be a surprise if he is wearing the winner’s red cardigan come Sunday.

With just two wins from 19 attempts, you'd have to say TPC Sawgrass probably isn't one of Tiger’s favourite tracks on tour.

Legendary designer Pete Dye, who died in January, co-designed the Florida course with wife Alice and created its most loved/loathed 17th hole - the signature island green hole known as the most stressful par 3 in golf.

While Tiger won the Players Championship in 2001 and 2013, he has historically struggled at the 17th, playing it 14-over-par during his career.

Last year he rinsed two balls and walked off the island green's bridge with a quadruple bogey 7 in the second round, eventually finishing 10 shots behind Rory McIlroy.

Tiger won't make that mistake again - he actually birdied the 17th in the third round - however, the tournament's move from its traditional May date to a new mid-March date last year probably hurts him as it's both colder and windier.

But if he gets the 17th right, chances are he'll be in firing line in the final nine holes of the Players Championship come Sunday.

Given his Presidents Cup form, Tiger in match play mode will go close to landing his record 83rd win.

Tiger was in stunning form at Royal Melbourne and was the best player on either team by a fair margin, maintaining a perfect record of three wins from three matches.

Tiger has won the Dell Match Play three times but not at its current venue in Austin, but he beat Rory McIlroy in the round of 16 last year before being bundled out by Dane Lucas Bjeeregaard in the quarterfinals.

However, winning the Dell Match Play will require him to play seven matches over five days, with morning and afternoon matches on the final two days.

Whether Tiger's back can hold up to that kind of workload would be a concern, especially given he sat out the entire third day of play at the Presidents Cup.

But it's hard to see a player beating him if he's fit and his body can handle the rigours of match play. 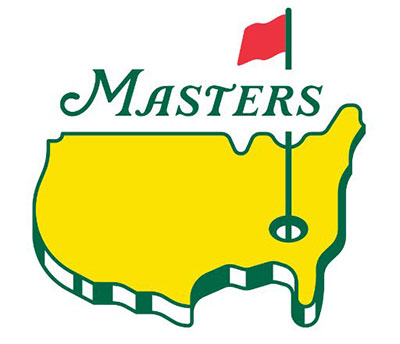 An Oscar-winning scriptwriter couldn't conjure a more fitting story line than Tiger winning his sixth green jacket and at the same time, breaking through for his 83rd victory.

After his 2019 Masters win, when he won his first major title in 11 years, 2020 sets up nicely for a repeat performance.

Augusta National is like home to Tiger and he knows how to get around the course without it biting him, which was a big advantage last year in the closing stretch.

He knows which shot shapes he needs to execute and where to leave his ball on the greens so he can have a good look at the hole, which is a significant advantage when the red shirt is stalking the lead come Sunday.

Tiger's first win in 1997 set or equalled 27 different records. Will he add the all-time tour wins record this year?

If May rolls around and Tiger is still winless, the PGA Championship at TPC Harding Park might provide the impetus that Tiger needs to notch his 83rd win.

The course, which is near San Francisco, has never before hosted a major.

However, it did host the 2005 WGC American Express Championship and the 2009 Presidents Cup – events that Tiger participated in.

It’s fair to say the course suits Tiger’s eye because he has never been beaten there: he won the American Express in a playoff and was undefeated in his five Presidents Cup matches.

Tiger has won the PGA Championship four times and might be savouring the glory of 83 Tour wins while lifting the Wanamaker trophy.

if Tiger breaks the record at the Memorial tournament, headline writers around the world will be using the term "greatest" quite a lot.

It's because a bloke by the name of Jack Nicklaus, aka The Golden Bear and the Tiger Woods of his generation, hosts the tournament.

And it would be fitting that Nicklaus, a living legend of the game, presented the winner's trophy to the "greatest" of the current generation, who has just broken a record many said would never be surpassed.

Tiger has won five times at The Memorial, including three in a row, and he notched a tied-ninth finish last year. However, he also shot his worst ever round at Muirfield Village, an error-riddled 85 in 2015 at the height of his injury woes.

While Tiger zeroes in on the Tour win record, Nicklaus has another record that Tiger desperately wants to break: the most wins in majors, 18 to be exact.

Whether Tiger will celebrate win No.83 harder than the other 82 is up for debate, but a win in the presence of greatness might spur him on to another few majors and become the undisputed "greatest" of all. 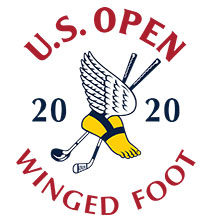 A New York US Open will always be a raucous and disorderly affair, but if Tiger can win his fourth Open at Winged Foot this year and, in the process, break the Tour wins record, it could get very messy.

New York sporting crowds aren’t known for their restraint and many fans will be jumping on the Tiger train should he be making a tear in the final round.

Tiger has won the US Open three times but recorded his first missed cut in a major the last time it was at Winged Foot in 2006 - although it must be noted his father Earl died only a few weeks prior.

Tiger’s US Open wins in 2000, 2002 and 2008 were characterised by high rough and narrow fairways, which gave Tiger a huge advantage, using his sheer strength to muscle his way out of rough.

But times have changed and the USGA’s recent trend of graduating the rough should actually enhance an older and wiser Tiger’s prospects.

While he does look back to his best, hacking out of thick rough with all his might is fraught with danger and could test the limits of his fused back.

You suspect Tiger will be out-thinking rather than out-muscling his US Open rivals this year. 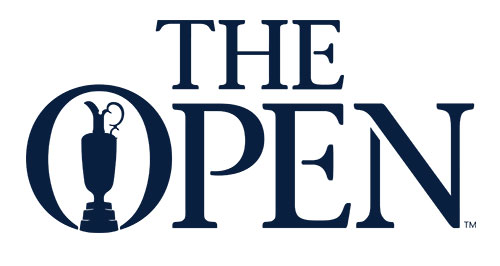 The last major of the year could see Tiger hunting a fourth Claret Jug on foreign soil in a bid to break Sam Snead’s Tour win record.

But it doesn’t appeal as an easy kill for Tiger.

The long journey to the UK won’t do him any favours back-wise and while it will be summer time, the Open is renowned for the chilly and windy conditions that will make it challenging for Tiger to remain warm and limber.

Tiger missed the Open the last time it was played at Royal St Georges in 2011 with a knee injury, while his only appearance at the course in 2003 saw him finish fourth.

He missed the cut at Royal Portrush last year but was right in the hunt the previous year, leading into the back nine at Carnoustie.

If the weather is warm and the traditionally hard, fast and bouncy conditions put a premium on ball control, top ball strikers such as Tiger will have every chance of hoisting the famous jug.