Phil Mickelson is unquestionably one of the most naturally gifted golfers of all time, blessed with a classic swing and a short game that has all the shots. He made a part-time transition to the Champions Tour in 2020, but showed he is still a force to be reckoned with when he mastered Kiawah Island to win the US PGA Championship.

It was a win for the ages, literally, as 50-year-old Mickelson beat a world-class field on the longest course in major history. Phil’s relentless focus for the week was backed up by shots that only a player with his incomparable touch can pull off.

What clubs does Phil Mickelson use? 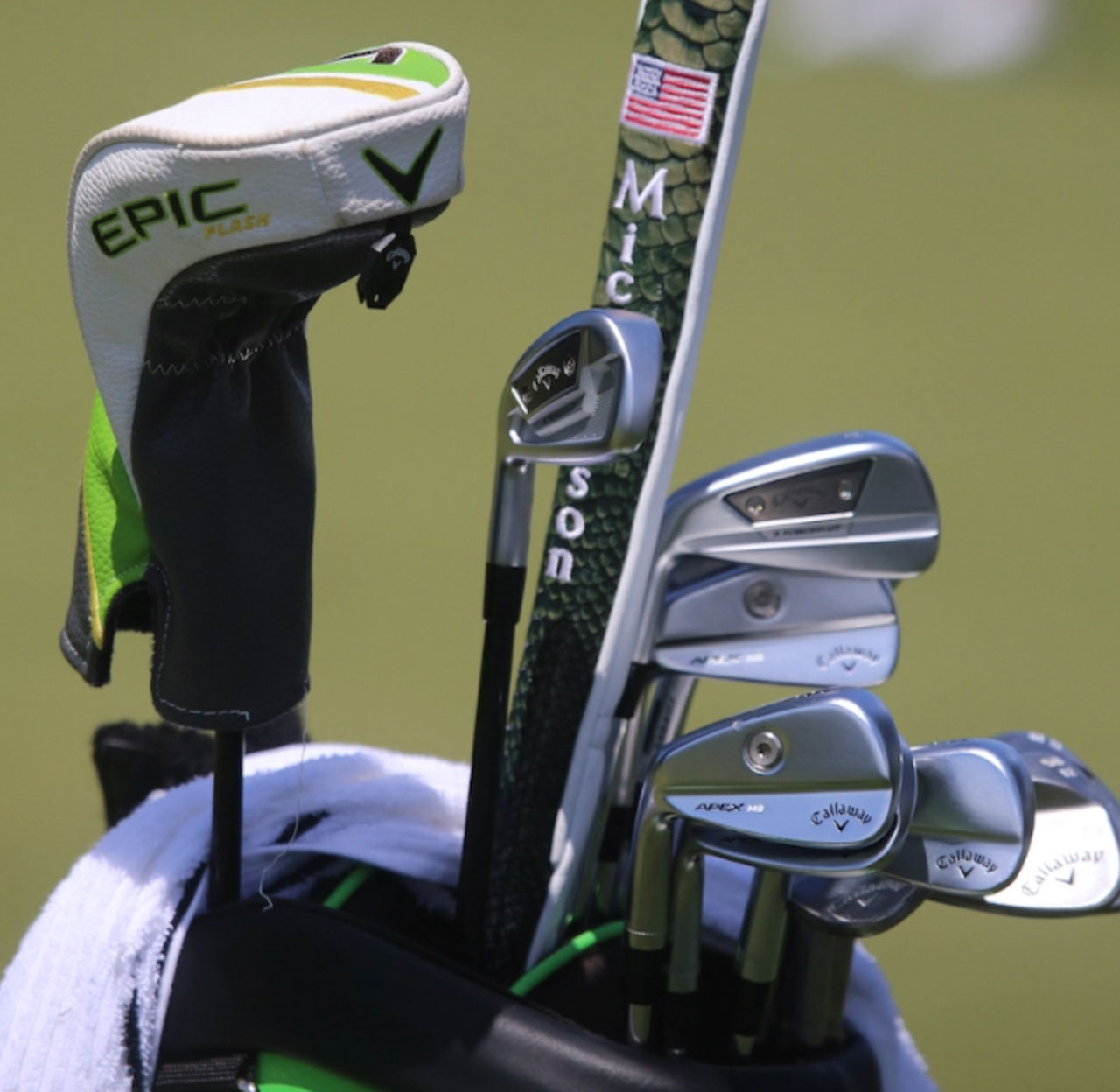 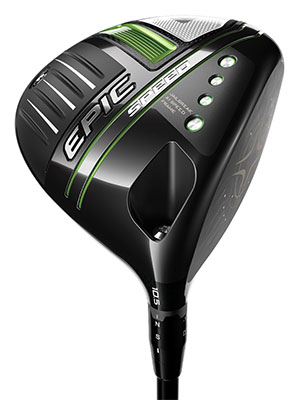 A big key to Phil’s success at Kiawah Island, the longest course in major history, was his performance off the tee.

He hit the longest drive of the tournament on the 16th in the final round, a 366-yard bomb that was no doubt powered by a rush of adrenaline to some degree.

And when you add in the Epic Speed’s AI-designed face, which increases ball speed across all areas of the face, it makes it easy for Phil to keep up with the younger players off the tee.

With only 6° of loft and a second weight added to the front to reduce spin, Phil’s prototype Epic Speed is almost in long-driver contest specs.

Lefty uses a Fujikura Ventus Black 6 X shaft that is 47.9 inches long, which just sneaks under the 48-inch limit. 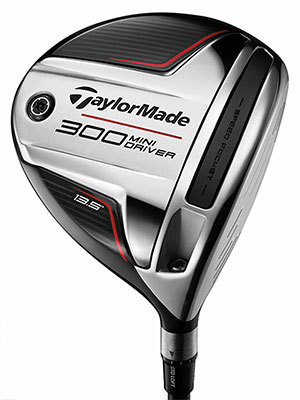 WITB UPDATE 17/06/2021: Phil masterfully controlled the fairway woods he used at Kiawah Island, but he doesn’t mind rotating them in and out of his bag to suit the course he’s playing.

He upgraded to the recently released at the US Open at Torrey Pines after previously using TaylorMade’s Original Mini Driver, a club first introduced in 2019.

The new 300 Mini Driver has a small head (307cc) and 13.5° of loft (plus 2° of hosel adjustment), offering performance characteristics similar to a two wood.

With mid-launch/low-spin characteristics, it’s a go-to club when Phil needs to find a tight fairway off the tee.

And with TaylorMade’s Thru-slot pocket on the sole, Phil can reliably rip one off the deck given the forgiveness it affords strikes low on the face.

Phil has a Fujikura Ventus Black 7X shaft fitted to the club.

WITB UPDATE 07/10/2021: Phil plays the new Callaway Apex UW (Utility Wood) a club that was created using his very own input to perform a specific task.

Phil has never been a hybrid kind of guy but the Apex UW is a gap-filling club designed to slot in anywhere between a 3-wood and 4-iron.

It unites the best aspects of higher lofted fairways and a hybrid. But critically for Phil, it offers a greater peak height and sharper descent angle and allows him to play a variety of shots – from rough, fairway or tee - due to its unwavering spin, flight and distance consistency.

The Callaway Apex UW features the AI-designed SS21 Flash Face that is used in Callaway’s Epic Speed drivers and fairways as well as twin Jailbreak Velocity blades, which stiffen the club head and elevate face flexibility. 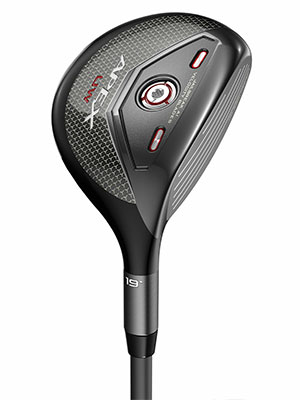 Previously in his bag was a TaylorMade two wood – an Original Mini driver that was introduced in 2019.

With Phil contractually obliged to Callaway, he tried his best to remove any identifying features. But with its small head and driver-like performance it is clearly a club that clicks with his swing. 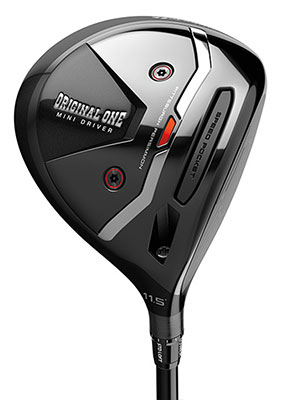 His four-wood is a Callaway Mavrik Sub Zero, which is the compact, low spinning fairway wood that Callaway introduced in 2020.

It has a sole weight positioned behind the leading edge to shave off some spin and features Callaway’s Jailbreak technology that stiffens the club head for more ball speed.

Both clubs feature a Fujikura Ventus shaft, with the two-wood fitted with the Black 7 X and four wood a Ventus Blue 8 X. 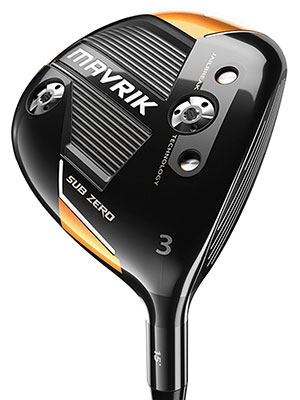 Phil plays a few of Callaway’s utility irons, with both X-Forged and X21 prototypes playing the role of the long irons in his bag.

The X Forged is a 2-iron replacement (16° of loft) - a hollow-bodied driving iron that provides easy-launching distance and forgiveness – and X21 UT Prototypes replace his four and five irons, similar hollow-bodied irons to their X-forged counterpart.

They are forged muscleback blades that provide a soft and pure feel and are characterised by a static weight screw right behind the sweet spot to boost performance.

Phil has a line of Callaway wedges named after him so it’s little surprise to see three of them bob up in his bag.

Callaway PM Grind wedges are made to Phil’s exact specs, with a high toe and a large face that has grooves extended all the way to the edge.

Phil has a little extra offset in his PM Grind wedges, to allow his hands to stay ahead of the ball to play perfect knockdown shots, while the sole grind allows him to play his famous flop shots, with relief taken out of the heel and toe areas.

He has opted for a raw, uncoated finish that tarnishes over time but Callaway PM Grind wedges are also available in a platinum chrome finish.

Like his PM Grind wedges, Phil plays a putter that has his name stamped on it.

Phil has stuck with blade putters for much of his career and his current Odyssey milled “Phil Mickelson” blade putter continues the theme.

While Phil’s putter currently is only a prototype, Odyssey’s new White Hot OG range offers plenty of choice for players hoping to putt like Phil.

It is designed for low-spin distance for high-speed swings and offers greater workability and a slightly firmer feel than the standard Chrome Soft.

Callaway’s triple track system – a trio of alignment lines printed on the cover of the ball – aids Phil’s aim and alignment. 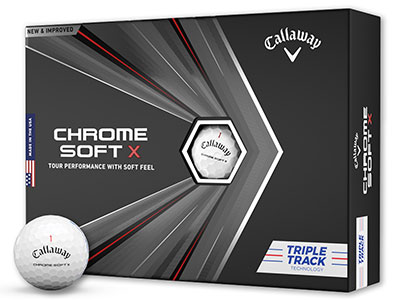