Titleist’s overhaul of its revered T-Series line has been a ground-breaking success, with the latest evolution of the PGA tour’s most played irons reworked to deliver red-hot performance.

With four distinct designs and utility, the T-Series is all about choice, with each iron capable of enhancing the performance of tour players right through to battlers trying to break the ton.

The Titleist T-Series iron line-up is a solution just waiting to happen.

THE MOST PLAYED IRONS ON TOUR

Improving the performance of an iron range that is the most played on the PGA tour led to Titleist putting every detail under the microscope when designing the next generation T-Series irons.

The Titleist R&D team turned to leading tour staffers Jordan Spieth, Will Zalatoris, Sungjae Im, Cam Smith, Garrick Higgo and Jessica Korda to get feedback on how to improve the class-leading T-Series irons.

Titleist turned to a revolutionary production process that was borrowed from the aerospace industry to improve the new irons, while the use of a different, denser tungsten throughout the T-Series line-up led to impressive gains in speed, forgiveness and stability.

And Titleist called up their Vokey wedge experts to rejig sole designs, with a new progressive sole bounce improving feel and turf interaction at impact.

It has made the T-Series more playable and consistent across the board, without diminishing any of the feel and class that made the previous generation so popular in the first place.

Built for Titleist’s vast brigade of tour stars, T100 irons offer precise control and a forged feel that will enable better ball strikers to shape and flight their shots.

They are a classic player’s iron, with a blade-like compact profile and the shortest blade length of any iron in the T-Series range.

Positioned in the heel and toe, the tungsten weights increase MOI, with the new technique removing weld points to pinpoint CG more effectively.

The 3-7 irons also feature a forged dual cavity that supports the face and contributes to slightly more spin and control, while the 8-PW are one-piece irons forged from 1025 carbon steel.

Titleist called in their Vokey wedge team to design a variable-bounce sole on the T100 irons to improve feel and turf interaction at impact.

T100 irons feature less bounce in the heel and more in the toe, with the sole design progressively optimised through the set.

T100S irons are identical in size, shape and feel to T100 irons but are engineered for speed (hence the S) and more distance.

Lofts are 2° stronger in T100S irons compared to their counterparts, but Titleist haven’t just bent them and left it at that.

They have been completely re-engineered to maintain the Vokey-designed sole geometry while a Muscle Channel lies beneath the forged face in the long and mid irons to generate extra speed.

Titleist T100S irons possess a near identical feel and appearance to the standard T100 irons but they just fly faster and longer.

The T200 is the most advanced iron in the T-Series line-up, a hollow-bodied, multi-material masterpiece that came into existence after some seriously impressive work by Titleist.

There are 10 patented technologies at work in the T200, unlocking superb distance and forgiveness that make the irons appealing for just about any skill level.

But what makes the new T200 irons so impressive is the discreet packaging of all the tech, which includes a revised Max Impact support structure, a new internal polymer core and a forged L-face insert.

They also feature the new denser tungsten weightings, which are positioned uniquely on every iron to optimise the CG and create perfect launch and spin

The irons feature less offset than the last T200 model, while a thin topline and shorter blade length complete the transformation.

With their sleek and clean appearance, T200 irons are the choice for players who want all the tech but don’t necessarily want to see any evidence of it.

In contrast to the T200’s strategy of hiding all the good stuff, Titleist’s cavity-backed T300 irons literally hang it all out there for everyone to see.

And why wouldn’t you, given they are leading game improvement irons in the game?

Titleist T300 irons are designed to inspire confidence at address, featuring the longest blade length in the line-up and the most offset.

And with 40 per cent more tungsten added in each head compared to the previous T300 model, the CG is lowered further to make them effortlessly high launching and highly forgiving.

The speed and distance-enhancing innovation continues with a variable thickness face insert and Titleist’s Max Impact 2.0 structure, a cantilevered support structure located behind the badge that works in conjunction with a feel-inducing polymer core.

Titleist T300 irons are the game’s ultimate distance irons that are designed for speed and length. 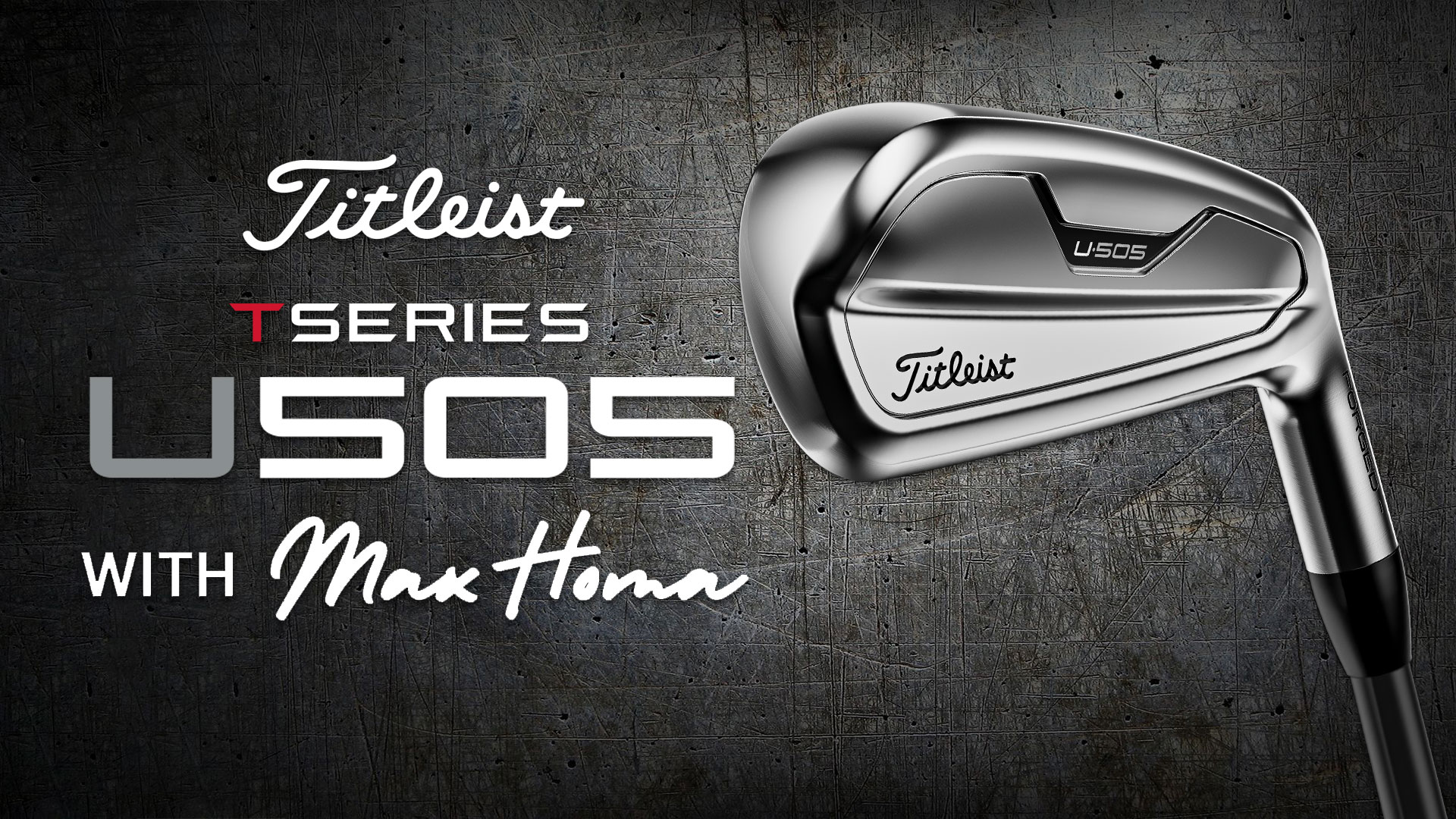 After listening to feedback from their tour staffers, Titleist are confident their new U505 utility is the best performing and most playable utility they’ve ever created.

Featuring a wide sole and ultra-fast face, the U505 is available in four lofts and is the high-launching long iron replacement that most players dream about.

It has a shorter blade length and shallower face than Titleist’s previous utility clubs and is more iron-like in appearance, with the aim of integrating it more seamlessly into the top end of any of T-Series iron set.

The U505’s hollow body has been tuned to produce improved impact acoustics while Titleist’s new Max Impact 2.0 support structure, polymer core and a thin and flexible face combine to generate the fastest ball speeds recorded in a Titleist utility.

And with new, denser tungsten weights placed precisely to concentrate weight low in the clubhead, the U505 offers effortlessly high-launching ball flights and superb forgiveness.