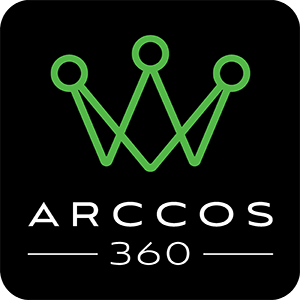 While it won’t carry your bag or rake the bunkers for you, the Arccos 360 golf tracking system could be the closest thing to having a caddie whispering pearls of golfing wisdom into your ear.

Arccos have taken a Billy Beane ‘Moneyball’ approach to improve your golf game by shedding light on the cold hard stats that matter.

And in a world first, the Arccos 360 golf improvement tracking system now features an AI (artificial intelligence) caddie that dishes out on-course advice to help you make better choices, using the power of the Microsoft Azure cloud computing platform.

The Arccos AI caddie will show up on time, contribute informed advice and know when to shut its trap.

Yes, the next generation of caddies has arrived.

NOTE: The Arccos 360 has been renamed to  Arccos Caddie Smart Sensors

The Arccos 360 golf tracking system builds a stats-driven profile of your game and also functions as an on-course distance measuring device.

Fourteen sensors, one for each club in the bag, are central to the Arccos 360 system and discreetly screw into the top of a club’s grip. Weighing only 4g, the sensors don’t require charging and the battery should last two years (Arccos are confident of achieving up to five years’ battery life).

Synced to the free Arccos 360 smartphone app, the sensors automatically and seamlessly log the details of every shot played in a round to build a snapshot of your game.

Using the ‘numbers never lie’ theory, all your key information is instantly available during a round or can be analysed after the 18th. Stats such as average club distances, driving distance, driving accuracy, GIR percentage, approach distance to the pin, flight direction tendencies and the frequency and location of missed shots are all calculated by the Arccos 360 app and are continually updated.

The Arccos 360’s tour analytics rate the ‘big five’ stats of driving, approach shots, chipping, sand play and putting into handicaps, for an accurate assessment of each part of your game.

The app also provides real-time yardage information to any location on over 40,000 courses, utilising the accuracy of GPS 2.0 and 368 million course mapping data points. Tee and flag positions can be shifted on the app to match their in-play positions for even greater accuracy. 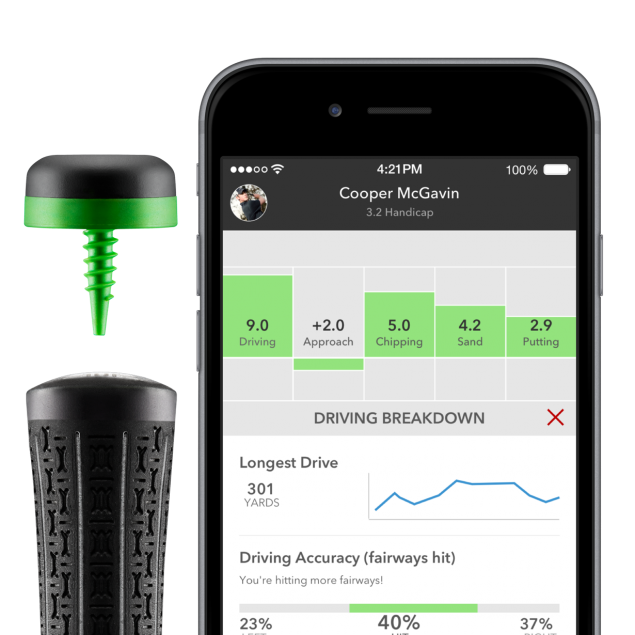 Tech giant Microsoft have partnered with Arccos to develop the AI caddie, putting their years of experience in AI and machine learning to good use for golfers around the world.

After five full rounds have been completed, the system has mined enough data on your game to pair with the subscription AI caddie in the Arccos 360 app.

Using the Microsoft Azure cloud, the AI caddie is able to draw on over 61 million shots that have been logged by other Arccos 360 users around the world.

This goldmine of information on the outcomes of previous shots is overlaid against your own personal stats and tendencies, with the AI caddie crunching the numbers on the tee to produce a graphical view of the hole that highlights your optimum strategy and the clubs you should use.

The AI caddie also monitors important real-time information that is vital in the decision-making process. Elevation changes, wind direction and speed, temperature, precipitation and the probability of missing to the left or right are all displayed in the app and appraised by the Arccos 360 AI caddie to determine a ‘plays like’ distance.

The ‘plays like’ feature can also be toggled off so the Arccos 360 app only displays actual yardages, to make it a conforming distance measuring device for tournament play.

On par threes, the Arccos 360 AI caddie calculates your probability of finding the putting surface and displays a quadrant graphic predicting the likelihood of where a missed shot will finish.

The entire process takes under three seconds and you don’t have to have played a course before to get recommendations from the AI caddie.

And the more golf you play, the more the AI caddie can learn about your game to refine its strategy and improve its decision making for you. Which should result in lower scoring and happy days out on the course. 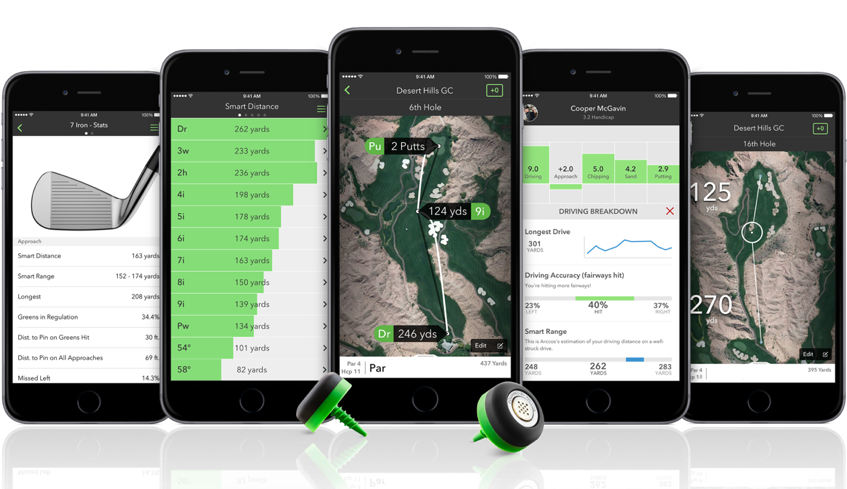 KING OF THE HOLE

For all those big-hitting beasts out there, the Arccos 360 golf tracking system also features a virtual long drive competition called ‘King Of The Hole’ on all par four and five holes featuring on the 40,000 courses linked to the app.

Bragging rights are up for grabs as a ‘top ten’ leaderboard of the longest drives per hole are recorded in the Arccos 360 app. And if you are dethroned as ‘King Of The Hole’, an automatic notification is sent to you so you can swing even harder the next time you tee it up.

The Arccos 360 golf tracking system will take a lot of guesswork out of the game of golf.

Accurate club selection will make a huge difference to your score, while identifying the areas of your game which need more attention and practice will result in rapid improvement gains.

Arccos claim that on average, a golfer will improve their handicap by 3.52 strokes and approach shots will be nearly 15 feet closer to the pin when using the Arccos 360 system.

The Arccos 360 golf improvement tracking system will highlight your strengths and weaknesses, improve your game and, most importantly, increase your enjoyment out on the course. 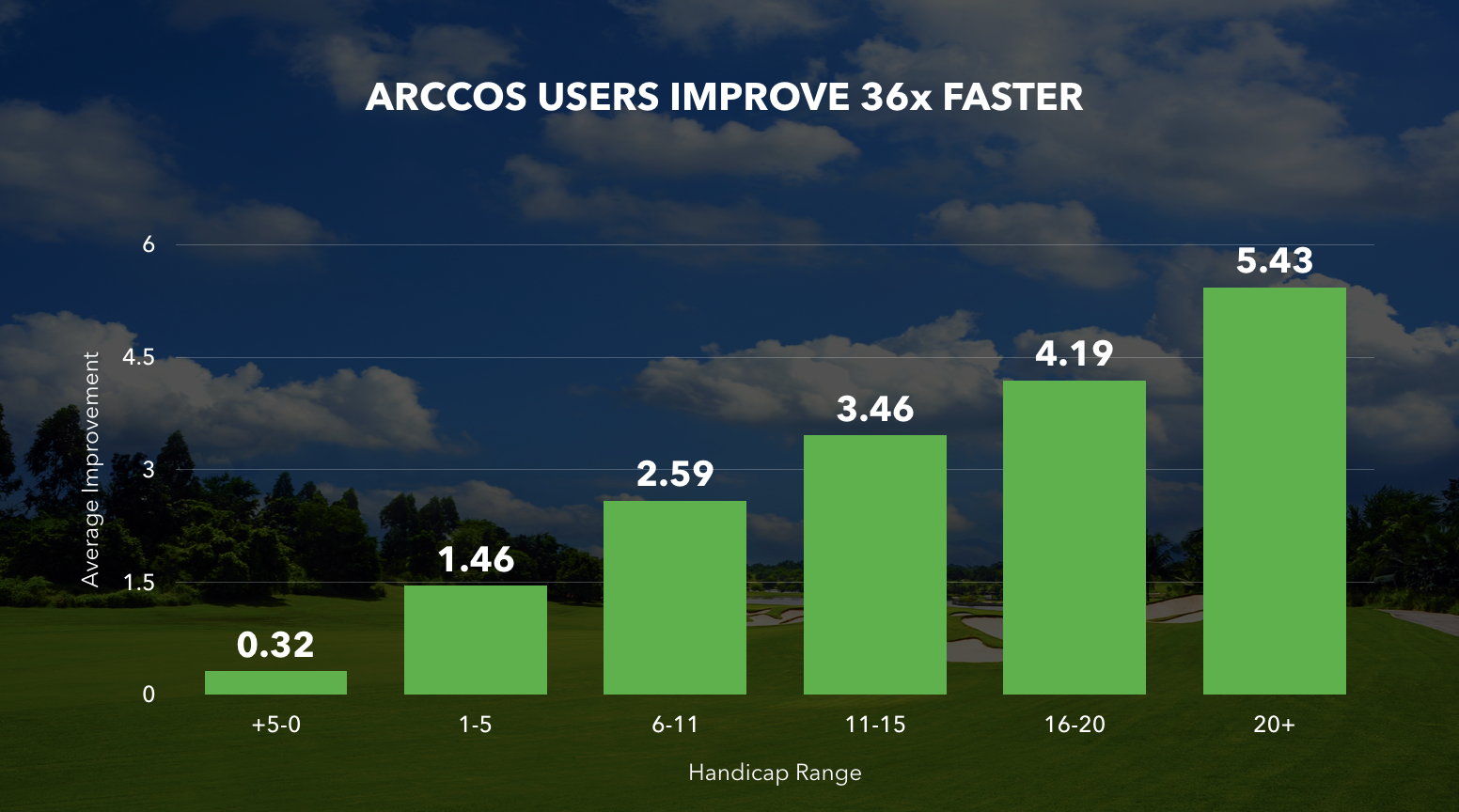