It’s that desire to deviate from the norm which makes Cobra clubs so distinctive, imbued with an unmistakable style, feel and performance that is unique to clubs stamped with the Cobra logo.

That same fingerprint of innovation has been applied to the new Cobra King Forged TEC irons, which are also available in Cobra's exclusive ONE Length configuration.

Leaders in the hollow-bodied players-distance category, Cobra King Forged TEC irons are filled to the brim with technology (the TEC stands for technology Enhanced Cavity) which makes them long yet playable, with the refined feel and feedback that better players expect.

They might look like classic muscleback blades on the outside, but Cobra King Forged TEC irons are packed with innovation inside, which makes them infinitely more relatable and useable than the aforementioned blades.

The small head size and narrow blade width provides the versatility to execute a variety of ball flights and shot shapes, an essential characteristic of true players’ irons.

But because Cobra King Forged TEC irons are players-distance irons, it's only half the equation.

Distance irons are traditionally wider and bigger in order to extract every ounce of ball speed and convert it into precious yards of extra distance.

However, Cobra have managed to shoe-horn that sort of performance into the significantly more compact Forged TEC irons by including some clever technology, which is hidden within the iron heads.

The hollow-body construction of Cobra King Forged TEC irons allows a sizeable slab of dense tungsten to be optimally placed in each iron, with the extra mass concentrating the centre of gravity low and centrally to maximise distance.

The tungsten, which is metal injection moulded (MIM) for precision shaping, also increases the stability of the irons for extra forgiveness for off-centre strikes.

A hot, new forged face insert also expands the size of the irons' sweet spot to generate faster ball speeds and higher launch - two attributes that wring extra distance out of every iron in the set.

And to enhance the playability and feel of the irons, the hollow body is injected with foam via a hole in the toe, which is covered up by a stainless steel screw.

The foam contains thermoplastic microspheres that expand in size at impact to dampen unwanted and noisy vibration, resulting in a soft impact feel and improved acoustics. 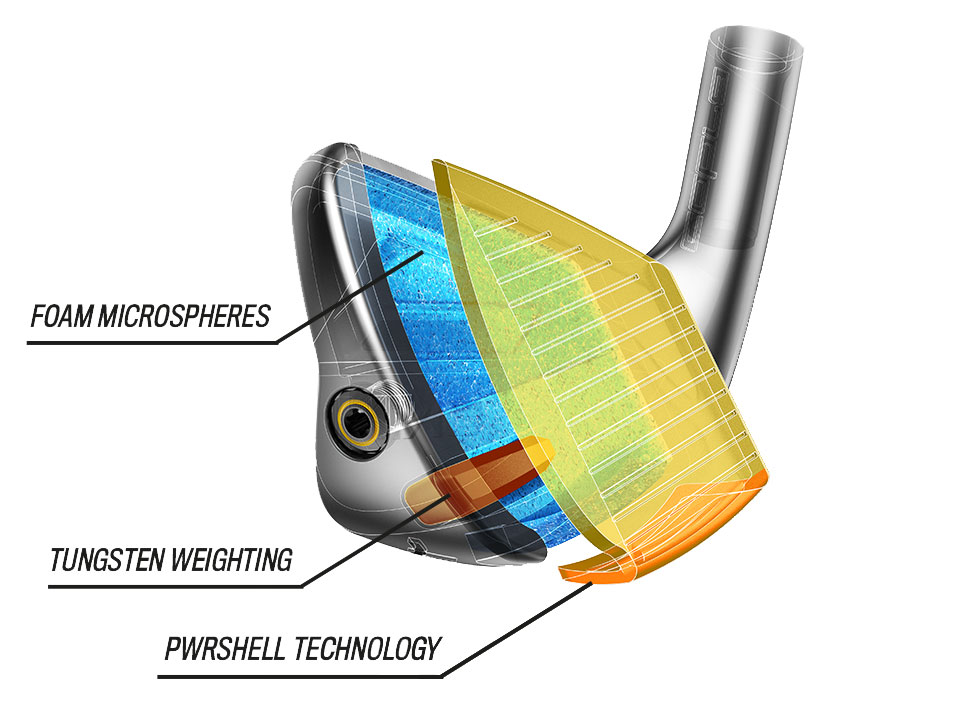 Cobra's ONE Length configuration, which was pioneered by Cobra staffer and golf science geek Bryson DeChambeau, is further refined in the new Cobra Forged TEC ONE Length irons.

So what is Cobra ONE Length?

Cobra ONE Length replicates DeChambeau's unorthodox but theoretically-rational approach of having every iron in his set the same length (7-iron length or 37.25 inches), to create a more consistent address position and a highly repeatable swing.

However, the Cobra King Forged TEC ONE Length has taken the concept even further with each iron head now weighing the same as the 7-iron: the longer irons in the ONE Length configuration are now heavier while the shorter irons are lighter.

Cobra believe matching head weights will lead to even greater feel and consistency throughout the Cobra King Forged TEC ONE Length set.

The irons feature a Cobra Connect GPS tracker on the end of the grips, which records shot data such as distance and accuracy for each iron and links with the Arccos Smart Caddie smartphone app.

Lofts are identical in both the standard and ONE Length irons, but the Cobra King Forged TEC ONE Length has different lie angles to account for the uniform shaft length and more offset in the 4, 5 and 6 iron.