Golf tech leaders Garmin have dipped their toes into the launch monitor arena with the new Garmin Approach R10, an iPhone-sized portable device that is jam-packed with features.

Paired with the Garmin Golf app on a mobile device, the Approach R10 measures a multitude of golf swing metrics but costs a fraction of the price of a professional grade monitor.

The Approach R10 will follow you wherever your game needs to go – indoors at home or outside on the course or driving range.

NOTE: This product is in high demand and limited supply so these dates are estimates and subject to change.

The Approach R10 tracks a truckload of metrics but its capacity to produce clubface angle and club path measurements sets it apart from similarly priced launch monitors.

The R10 measures club path directly via its Doppler radar, while face angle is derived by a calculation of other variables.

For golfers hoping to unlock more info on what is happening to the club as well as the ball, the Approach R10 launch monitor provides an excellent starting point.

The Approach R10 comes with a small magnetic tripod to keep the device steady, and it needs to be placed between 1.8-2.4m behind the ball, aligned with the ball and the target line. 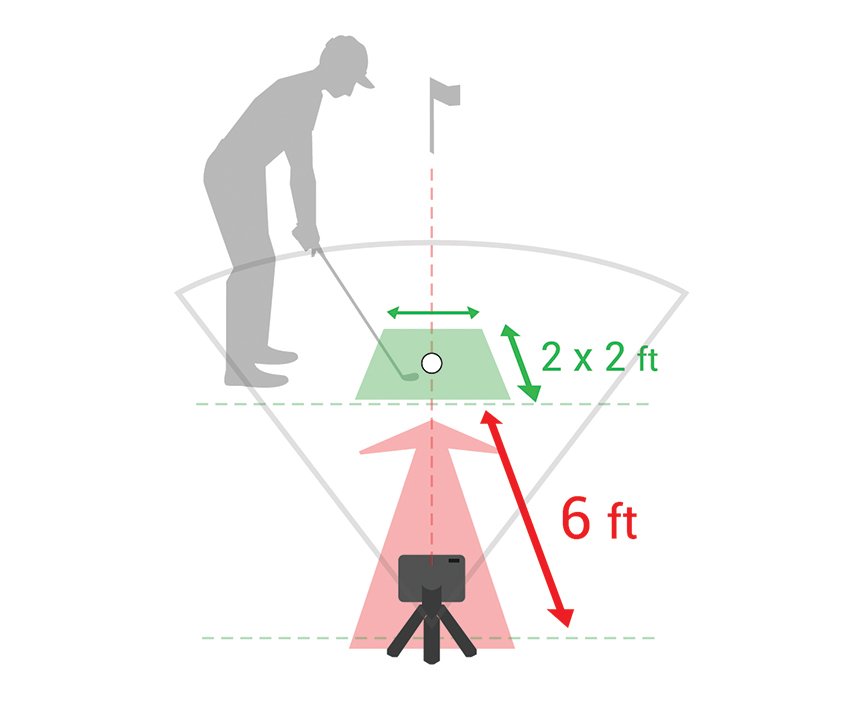 If using the unit indoors with a net, it requires at least 2.4m of flight to provide accurate data.

And if hitting off a mat, the bottom of the R10 needs to positioned just above the height of the mat.

The Approach R10 connects to a mobile device via Bluetooth and will automatically pair when it is powered on.

WHAT THE R10 MEASURES 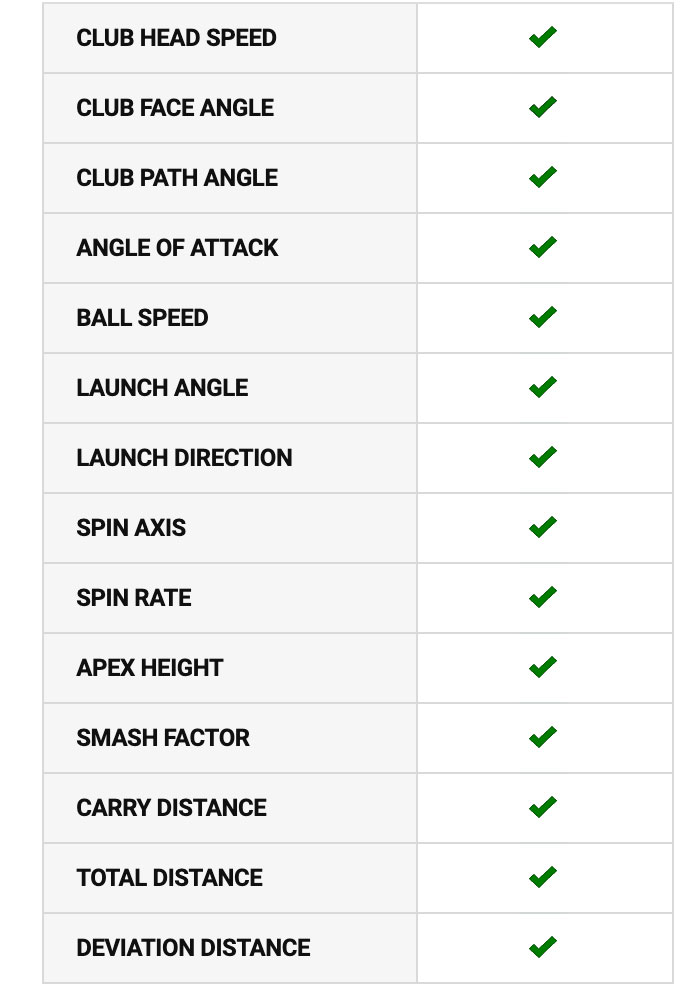 Ball speed, launch angle, launch direction, back swing and down swing times and angle of attack are all measured by the Approach R10’s Doppler radar. 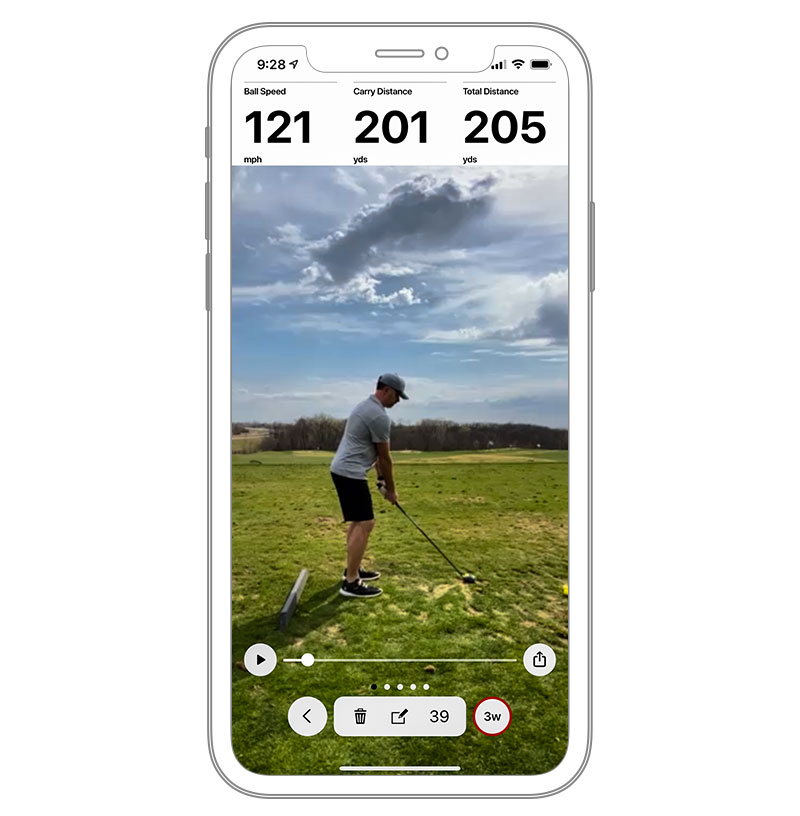 The Approach R10 and the Garmin Golf app has a Swing Capture mode and it is an excellent feature.

Swing Capture gives golfers the opportunity to video a shot on their phone or tablet and automatically get the stats of the swing overlayed on the recording via the R10.

It is a useful tool to see how the visuals and metrics relate to each and can capture front on, side on or down the line footage – or any other view a golfer needs to focus on.

In the Garmin Golf app’s Training mode, the R10 will provide a visual overview of how each club in the bag is performing through a practice session.

It displays the flight of every shot in a birds-eye view graphic, helping golfers to identify shot dispersion trends.

And it also offers an overview of maximum, minimum and average distances, as well as average carry distance, for each club used in a session. 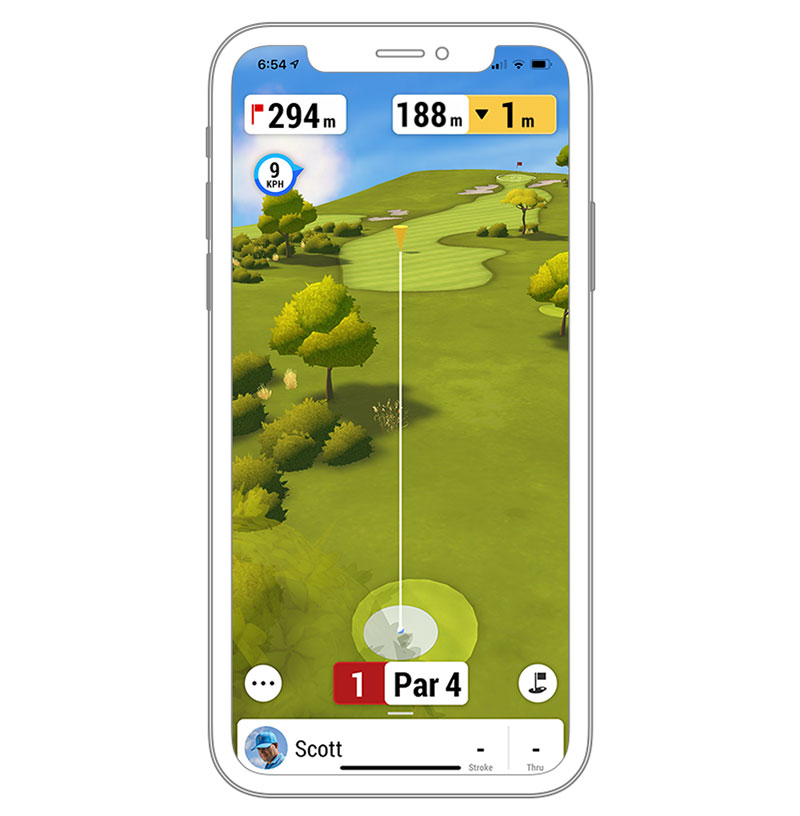 Unlike many launch monitors in a similar price bracket, the Approach R10 can be used in a golf simulator setting.

But it should be noted the R10 doesn’t track putting.

Upgrading to the premium version of the Garmin Golf app will unlock 42,000 courses (logged via Garmin’s GPS mapping) for golfers to play via the Home Tee Hero simulator.

The Approach R10 is also compatible with the E6 CONNECT, a more realistic simulation package, but it needs to be subscribed to separately.

WHAT’S IN THE BOX 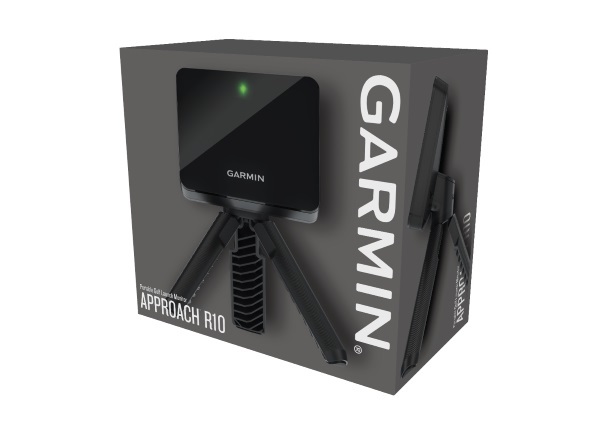