Crafting beautiful-looking irons is what Mizuno does better than most, but the new Mizuno Pro line-up isn’t just a pretty face.

While they look eye-catchingly stunning, as you’d expect, there’s an awful lot of tech hidden under the hood of the four new iron models that form the Mizuno Pro range.

Targeted at the better player and replacing the MP iron series, some seriously revolutionary, performance-enhancing tech is seamlessly integrated within a player’s iron profile.

In fact, it’s so well hidden that it would be easy to assume the new Mizuno Pro line-up simply borrows, recycles and repurposes the sleek designs of Mizuno’s classy but low-tech irons of yesteryear.

But the truth is, the Mizuno Pro line-up is the most forward-thinking iron design the Japanese manufacturer has ever put into play.

The NEW Mizuno Pro range of irons are set to leave a history-making mark on how golfers look at their irons. 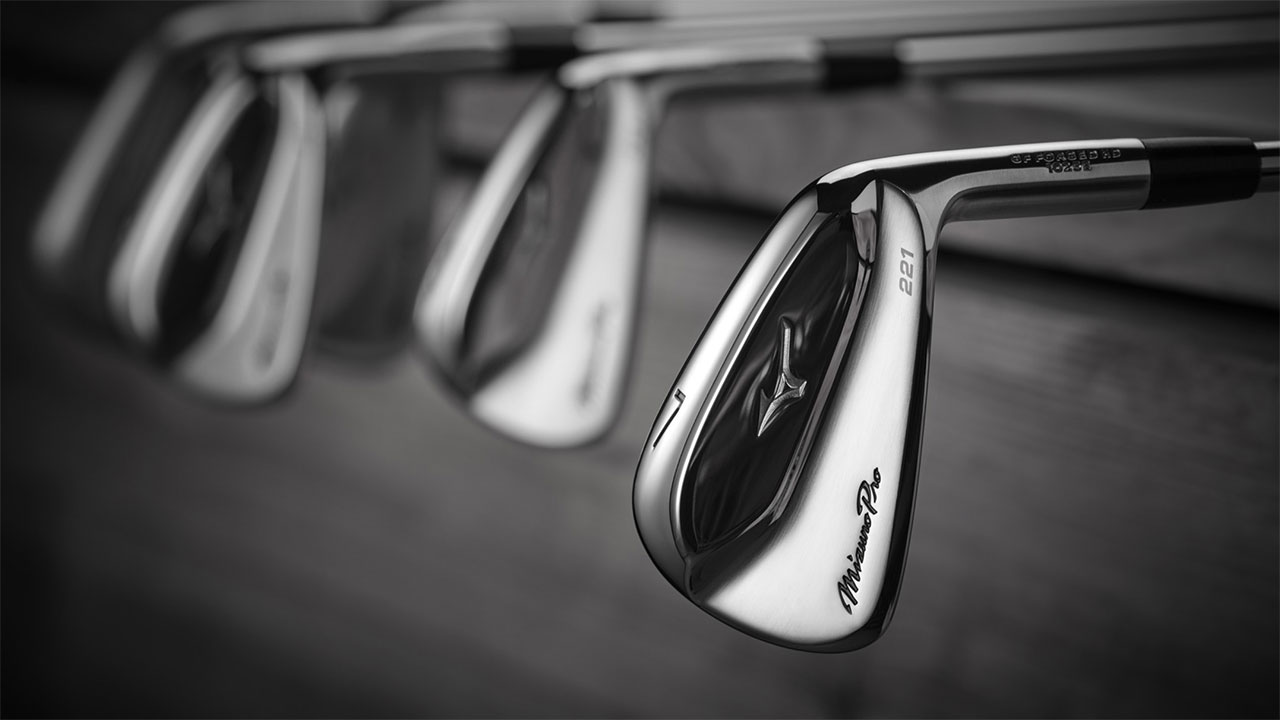 The emphasis is on delivering all the things a better player is looking for, while increasing consistency throughout the Pro 221 set.

The scoring irons (8,9,PW) are now even smaller and more compact while a slight tapered blade also gives a smaller face profile and narrower top line compared to the MP-20 irons they are replacing.

Mizuno also made a minor tweak to the CG in the Pro 221. While it’s not designed to flight the ball any differently, it makes the Mizuno Pro 221 set the most consistent ever, from 3-PW. 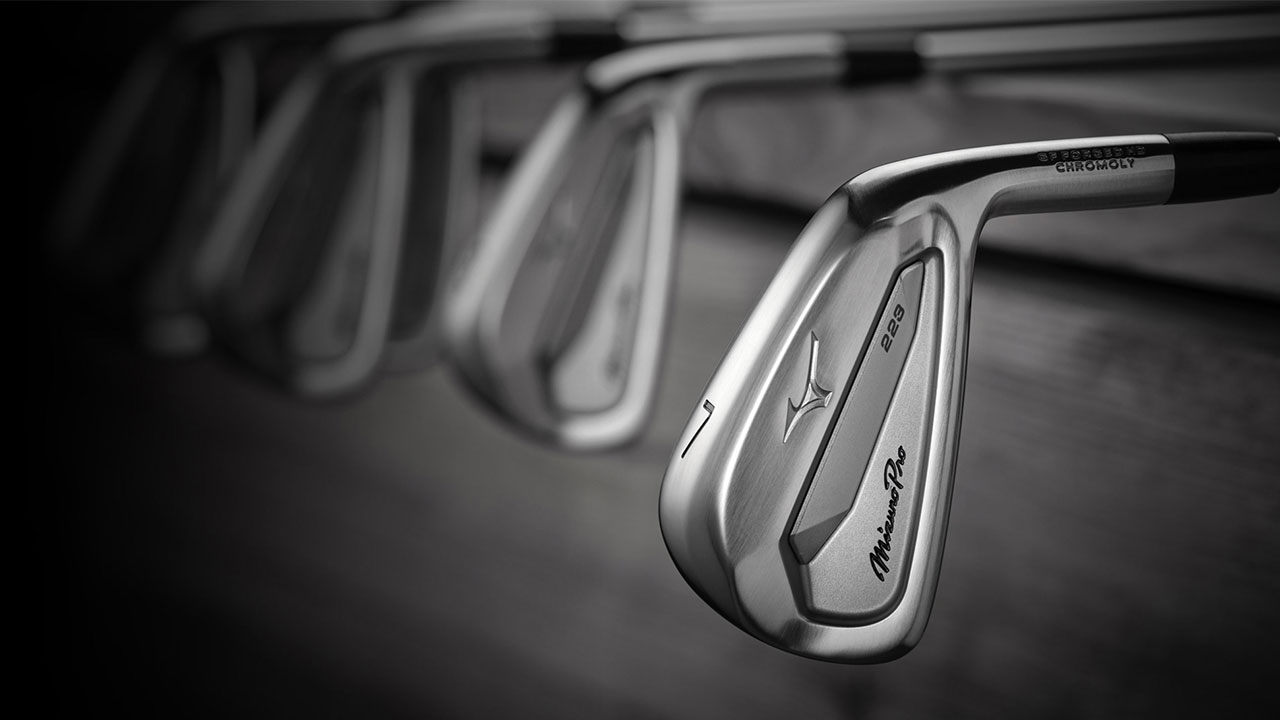 Out of all the new irons in the Mizuno Pro line-up, the Pro 223 is definitely the most interesting.

It represents the biggest jump in performance in the new line-up, occupying the sweet spot between the muscleback Pro 221 and the hollow-bodied Pro 225.

Past iterations of Mizuno irons in the same position in the line-up have included a shallow cavity iron (MP-18 SC) followed by the MP-20 MMC, which introduced multi material construction into the conversation.

Where the MP-18 SC had no tech, the MMC had all the fruit. But while the MMC was very stable, the extra mass meant it wasn’t the optimal iron for producing a high flight and fast ball speed.

However, the new Mizuno Pro 223 is a unique species. It offers both the distance tech and ball flight options that elite players require.

The irons feature Chromoly forging, an ultra-thin face (2.4mm compared to the 2.6mm in Mizuno’s JPX921), and a micro slot in the 4-7 irons, which combine to boost ball speeds to levels not achieved before in a player’s cavity iron.

But for superior feel and control, the scoring irons (8-PW) are forged from 1025E carbon steel.

Smaller than the MMC before it, the Pro 223 can almost be considered a Mizuno JPX921 forged iron that has been dialled down into a head size for better players.

But the amazing thing is, the Pro 223 is the smallest, high-COR iron Mizuno has ever done – even higher than the JPX921 forged – making it the most stable and forgiving player’s iron yet. 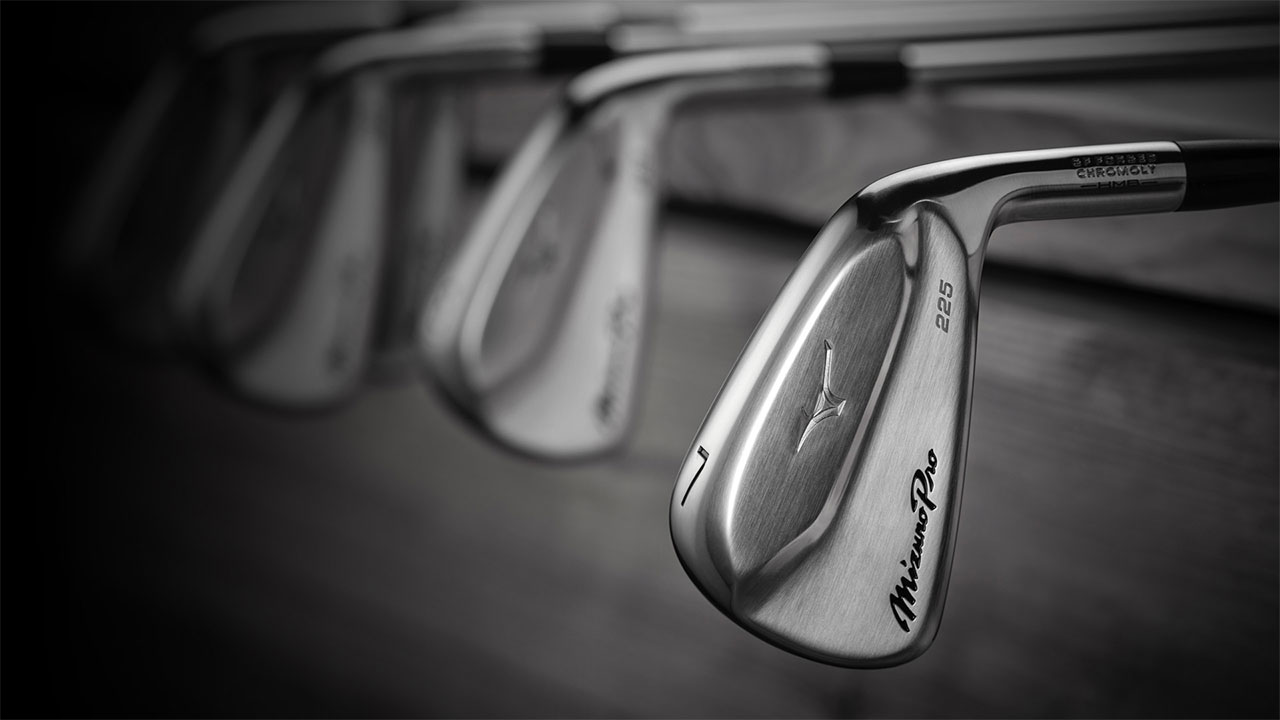 Owning the largest head in the Mizuno Pro line-up and featuring hollow-bodied construction, the Pro 225 iron is effectively the next iteration of Mizuno’s HMB iron (Hot Metal Blade).

It’s the most playable iron in the Pro iron family but is still more compact than its HMB predecessor. And with a thinner face, it’s also faster and longer.

Unlike the HMB, which was built off the back of Mizuno’s Fli-Hi utility irons, Pro 225s started life as a ridgey-didge set of purpose-built irons.

Top to bottom, they are more distinctly iron-like in shape and appearance than the HMBs but deliver a lot more ball speed and performance. And with the addition of a copper underlay, superb feel.

Pro 225 irons feature a Grain Flow forged Chromoly face and neck and a welded back piece, but the Pro 225’s secret sauce is the considerable lump of tungsten that lives deep inside the hollow head (2-8 irons).

The high-density tungsten is positioned to create a steep flight while enhancing spin and speed, but the scoring irons (9,PW) are smaller and produce a more penetrating flight for better control. 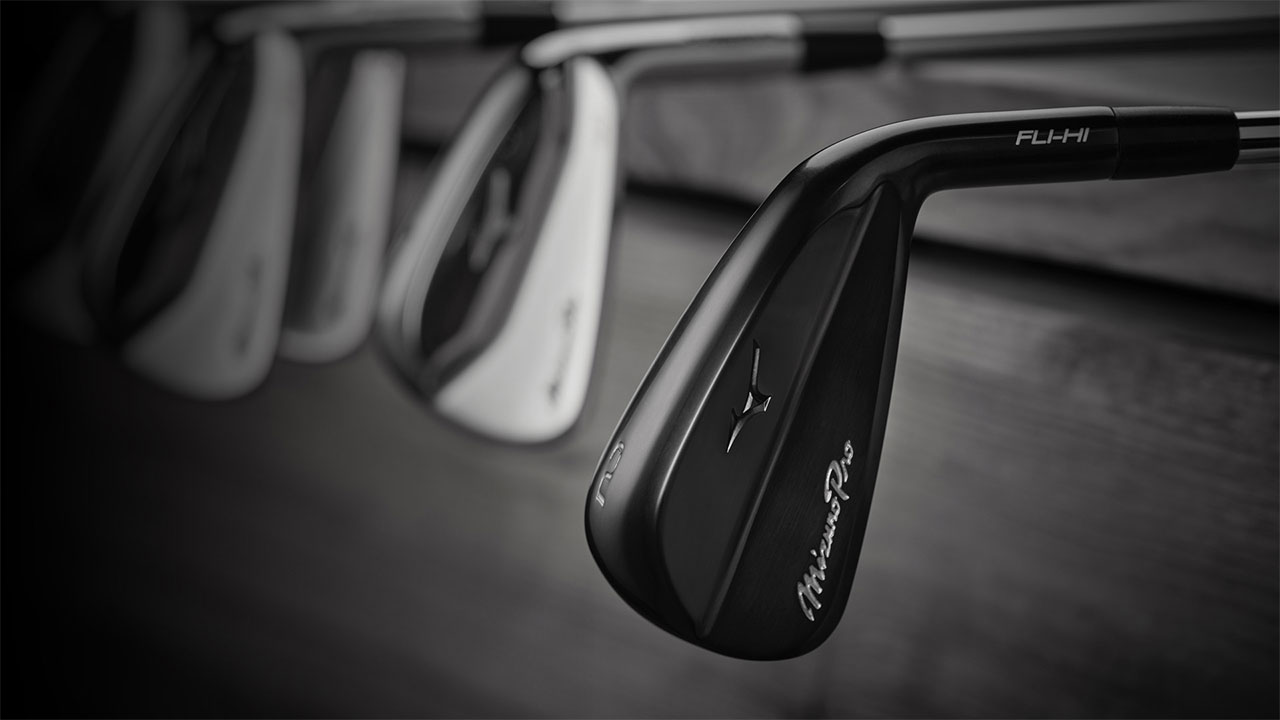 If you’re after a blacked-out, no-nonsense driving iron/long iron replacement/hybrid, the new Mizuno Pro Fli-Hi might be exactly what you’re looking for.

Constructed from the same materials as Mizuno’s ST-Z fairway wood range, the Pro Fli-Hi is designed for exclusive use with a graphite shaft.

It’s a powerful club to have in the bag, boasting the highest ball speed and COR figures ever by a Mizuno driving iron/hybrid.

Whether finding fairways off the tee or hitting stone-dead approach shots to the green, the Fli-Hi is a reliable and versatile club to have in the bag.

Q: CAN MIZUNO PRO IRONS BE USED IN A COMPOSITE SET?

The refreshed design of the Fli-Hi indicates the big-picture thinking of the Mizuno Pro iron line-up, which allows golfers to get fitted for the perfect combination set made up of the four Pro models.

Picking up where the Pro 225 long irons stop, the new Fli-Hi effectively allowed Mizuno to make the Pro 225 more compact in shape and subsequently increase the versatility of the entire range.

So whether it’s more long iron forgiveness, better feel and feedback in the scoring irons, or plugging an awkward distance gap a golfer requires, integrating the four different iron models into a unified set is completely seamless.