TaylorMade have dished up a super-sized serving of speed in the new  TaylorMade M5 driver, which is now available for sale at GolfBox.

The M5 is the hottest-faced driver ever produced by TaylorMade, who have pioneered a new testing and tuning process to optimise the coefficient of restitution (COR), or trampoline effect, across the entire face.

Boasting maximum ball velocities and more forgiveness, the new TaylorMade M5 driver is primed to become the new normal in long-distance driving for all swing speeds.

TWIST FACE IS BACK, WITH A TWIST

The  TaylorMade M5 driver kicks on from where the preceding M3 left off by employing the hugely successful Twist Face technology.

In a game where straight and square are considered a virtue, a club face that is twisted sounds about as out of place as a 36 handicapper in the Division 1 pennant squad.

But the revolutionary design works brilliantly by correcting strikes from the heel and toe areas when your swing isn't quite on.

The M5's face is slightly closed in the heel and slightly open in the toe, to reduce side spin and straighten the ball flight up.

The open toe increases loft and backspin to negate the worm-burning, low-spinning hooks that usually result from strikes out of the toe.

And reducing the loft in the heel brings the signature “ballooning slice” out of that area under control by lowering the ball flight and reducing the vertical spin rate.

But the TaylorMade M5’s Twist Face is aided by a new process that ensures it will achieve top billing in the speed and performance stakes.

A precise new testing procedure determines the COR at multiple locations across the  M5 driver’s face, prior to a new “tuning resin” being injected into the cavity behind the face.

The M5’s new Twist Face is actually manufactured above the COR limit (it’s thinner and more flexible than ever before) but the resin gives TaylorMade the ability to delicately adjust the COR of each individual  M5 driver until it hits the legal limit.

With such fine tolerances at play, TaylorMade rely on an algorithm to determine the exact amount and location of tuning resin that needs to be applied in the manufacturing process.

The resin, which is injected through two ports on the face that are covered by conspicuous red screws, also dampens vibrations to make the TaylorMade M5 driver sound refreshingly unique. 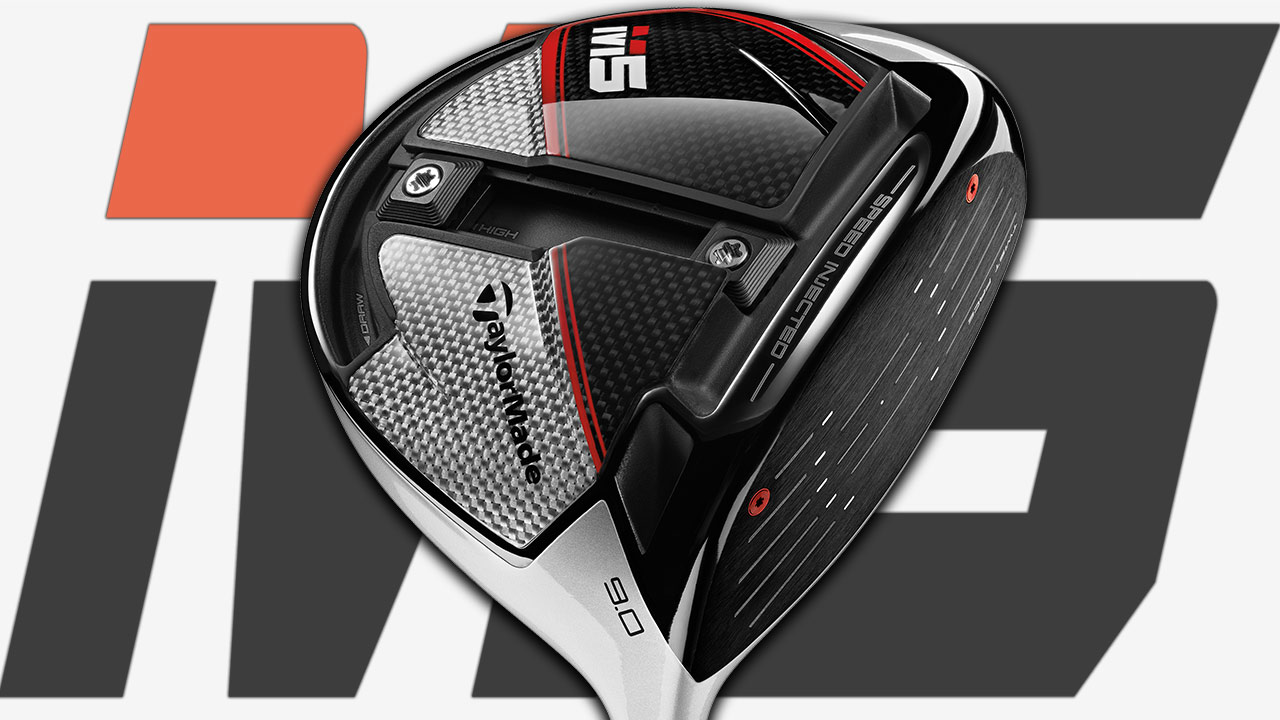 Also given a makeover is the Hammerhead slot that sits on the sole and works together with the thinner, Injected Twist Face to enlarge the sweet spot of the M5.

The new Hammerhead slot is more flexible to improve the speed of off-centre strikes and TaylorMade suggests the sweet spot of the  M5 driver is effectively 66 per cent larger than the M3, and 100 per cent bigger than the original M1 driver thanks to the new Hammerhead/Injected Twist Face double act. 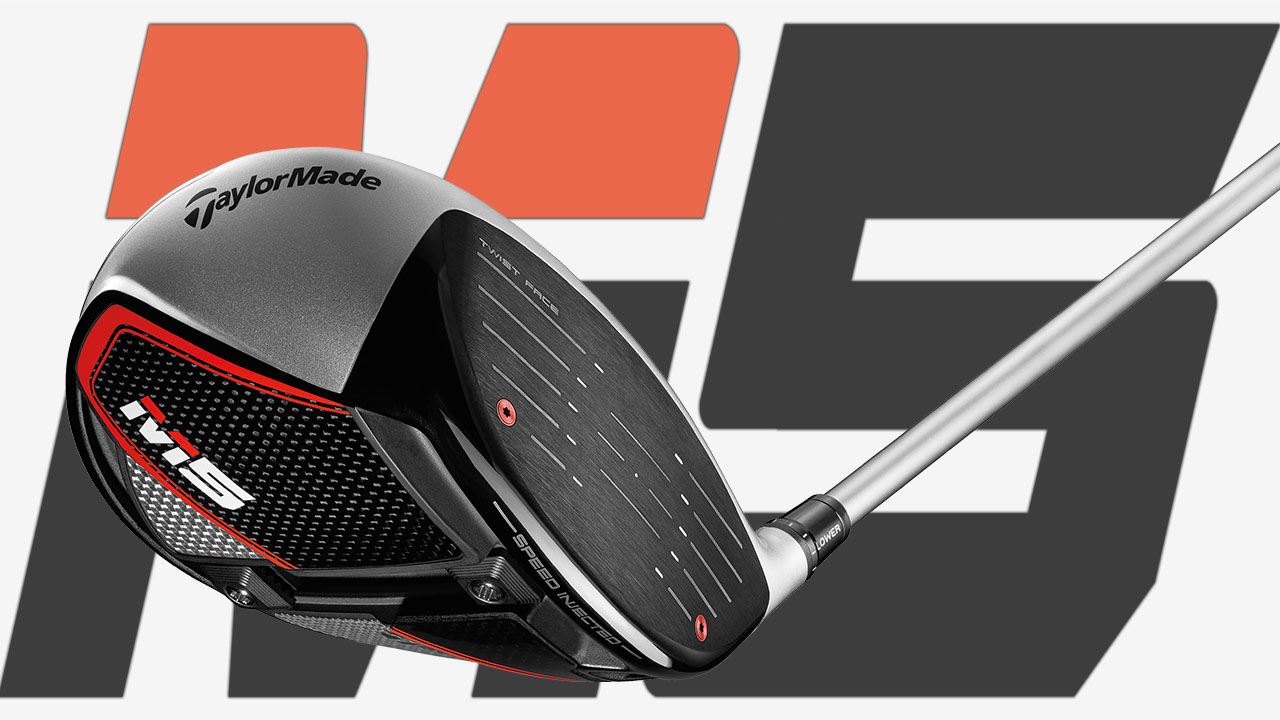 A new sliding weight track on the TaylorMade M5’s sole has also been tweaked to be more efficient and intuitive.

Two 10g weights can be manoeuvred along a new track shaped like an "Inverted-T" that allows more weight to be concentrated along the perimeter of the M5 driver’s sole.

While the M5’s head is designed for high-launch, low-spin ball flights no matter where the sliding weights are positioned, shifting the weights will produce small changes to the centre of gravity to create draws or fades, or higher and lower ball flights.

TaylorMade estimate the M5's "Inverted-T" sliding weight track can manipulate a launch angle up to one degree, vary spin rates by up to 600rpm and provide 25 yards of sideways movement for shot shaping bias.

And the new layout is able to expand the M5’s moment of inertia (MOI) to achieve maximum forgiveness, by sliding the two weights as far back as possible.

Or on the flipside, the weights can be positioned as far forward as possible to optimise the CG for the least amount of spin and maximum ball speed.

The "Inverted-T" track has 1770 possible configurations, which dwarfs the 1000 that the M3 driver offered, and, combined with the M5's adjustable loft sleeve, which alters the loft, lie angle and face angle, the flight options are endless.

Weight has been saved in the M5's new carbon fibre crown, with 10 per cent more of the lightweight material utilised compared to the M3.

The weight reduction was snapped up by the TaylorMade design team, with the additional weight distributed in more helpful areas to create forgiveness and improved launch in the M5 driver.

The TaylorMade M5 driver is available in lofts of 9, 10.5 and 12 degrees and can be fitted with either a Mitsubishi Tensei CK 60 shaft or a Project X HZRDUS 70 shaft.

Both shafts are low spin/low launch models and a Golf Pride MCC grip is the M5 driver's standard grip. 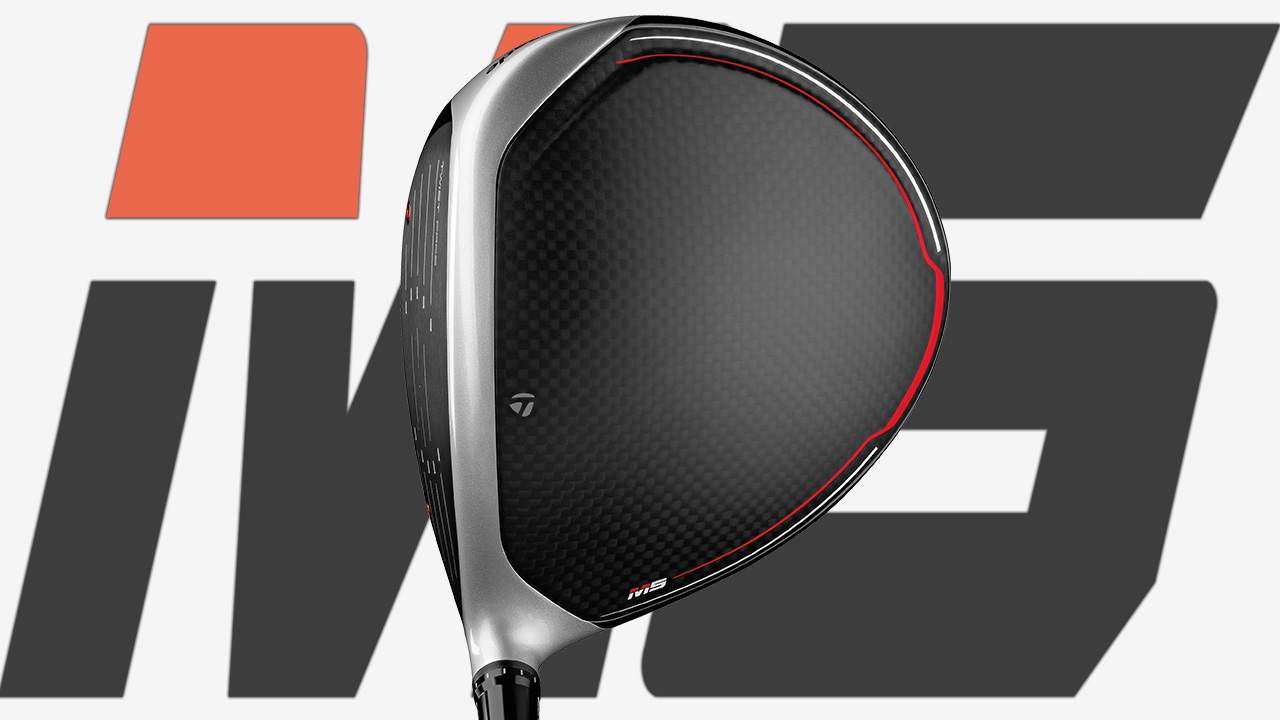 The speed-injected M5 Tour driver is a smaller version of the 460cc M5 driver but shares all the same innovative attributes.

Sporting a slightly smaller 435cc club head, the M5 Tour produces less spin than its big brother and is able to be shaped more easily.

The M5 Tour will produce more distance and control for better players with quick swing speeds and the improved aerodynamics of the smaller head further enhance swing speeds for longer bombs off the tee.

The M5 Tour comes in lofts of 9 and 10.5 degrees and will be available at GolfBox on March 1.