Sibling rivalry in the TaylorMade M series continues with the release of the M6 driver, the brother to the M5 driver.

The new TaylorMade drivers are cut from the same performance-enhancing cloth and have much in common, sharing TaylorMade’s most recent innovations.

Both feature the new Injected Twist Face technology, which lifts the consistency and precision of the drivers' coefficient of restitution (COR) through a rigorous new production process.

Yes, there's plenty of brotherly love and both M series drivers are long and forgiving, but the M6 features a slightly different feel and personality that sets it apart from its close buddy, the M5.

The  TaylorMade M6 Driver is now available for sale at GolfBox.

WHAT’S THE DIFFERENCE BETWEEN THE TAYLORMADE M5 & M6 DRIVER?

Both drivers have the maximum 460cc head size but the M6 doesn’t include any sliding weight adjustability on the sole like the M5.

The design of the TaylorMade M6 creates more forgiveness than the M5 and it has been fitted with a number of improvements that take it well past its predecessor, the M4, in terms of performance.

The M6’s sole is completely made of lightweight carbon fibre - a massive 54 per cent expansion than the M4 – and it’s also sleeker and more aerodynamically efficient to boost club head speed through the air, with more ball speed and distance the pleasing result at the other end of the equation.

And increasing the carbon fibre in the M6 meant TaylorMade could insert a clever little piece of engineering called an “Inertia Generator”, which takes the entire 46g of saved weight and positions it in a more advantageous location within the clubhead.

The Inertia Generator is set as low and as far back as possible, lowering the centre of gravity (CG) and boosting forgiveness in the TaylorMade M6 driver. 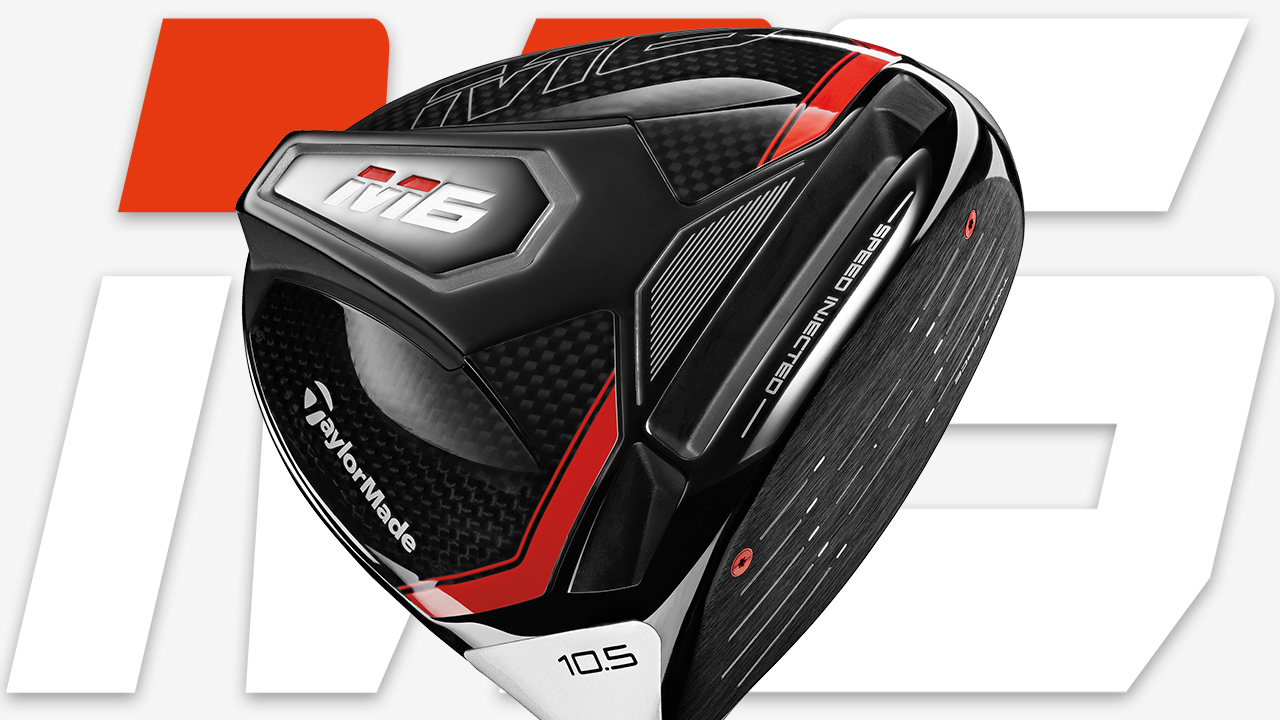 Twist Face, which adds loft in the toe and reduces it in the heel, was a revolutionary idea in both the M3 and M4 drivers that preceded the new M5 and M6 models.

It straightened up shots that came out of those areas, by adding loft and accelerating spin in the toe to counteract the low-spin hook while reducing spin and loft in the heel to knock the high slice on its head.

The M6 receives the next evolution of the technology, which is now known as Injected Twist Face, and improves performance with the addition of a speed-boosting procedure.

While it’s not something that can be seen with the naked eye, two red screws set into the heel and toe area of the face are a big pointer to the internal changes that make the new M6 driver a leader in its category.

Now, the COR of a driver is a big deal as it has a massive influence on the speed at which the ball will fly off the face at impact. If a driver has a low COR, it’s hard to make the ball pop with any significant speed, which then impacts the driver’s length.

The face of the M6 is quite naughty because in its untreated state, it actually exceeds the legal COR.

But that’s what the injected part of Injected Twist Face is there for: a liquid resin is injected into ports, which the screws on the face conceal, to alter the COR until the face is exactly on the legal limit - a scenario that couldn't be any more perfect for bombing long drives.

Each individual M6 head is subjected to a COR test at different locations on the face before the resin is injected, with an automated algorithm calculating the exact volume and location of resin required to achieve the maximum legal COR.

For all those golfers who are way too familiar with the slice side of the course, the TaylorMade M6 D-Type is the club you’ve been looking for.

Featuring all the same technology as the M6, the D-Type promotes a draw ball shape by moving the CG towards the heel to help shut and square the clubface through impact.

And to further assist a draw ball flight, the graphics that sit atop the crown of the regular M6 driver have been altered in the D-Type to give the impression that the face is more open than it actually is. The visual aid tricks the eye, which in turn lets the hands shut the clubface more at impact and produce a draw.

And with up to 20 yards of draw bias achievable, the TaylorMade M6 D-Type is the driver that will help golfers hit that long, drawing ball flight they’ve always wanted to.

The TaylorMade M6 driver is available in both Men’s and Women’s models.

The Women’s M6 driver comes in lofts of 10.5 and 12 degrees and is fitted with TaylorMade’s Tuned Performance 45g shaft.

The TaylorMade M6 D-Type is available in both Men’s and Women’s lofts but the Men’s D-Type has a Project X EvenFlow Max Carry 45 shaft that will further assist a drawing ball flight.