With his powerful physique and an impressive ability to step up in majors, Brooks Koepka is one of golf’s most intriguing players.

Boasting more major wins (four) than regular Tour wins (three), Koepka’s game shines when the stakes are high, and the pressure is on.

His bag is a real mixture, but Koepka clearly doesn’t subscribe to playing a club unless it absolutely works for him.

What clubs does Brooks Koepka use? 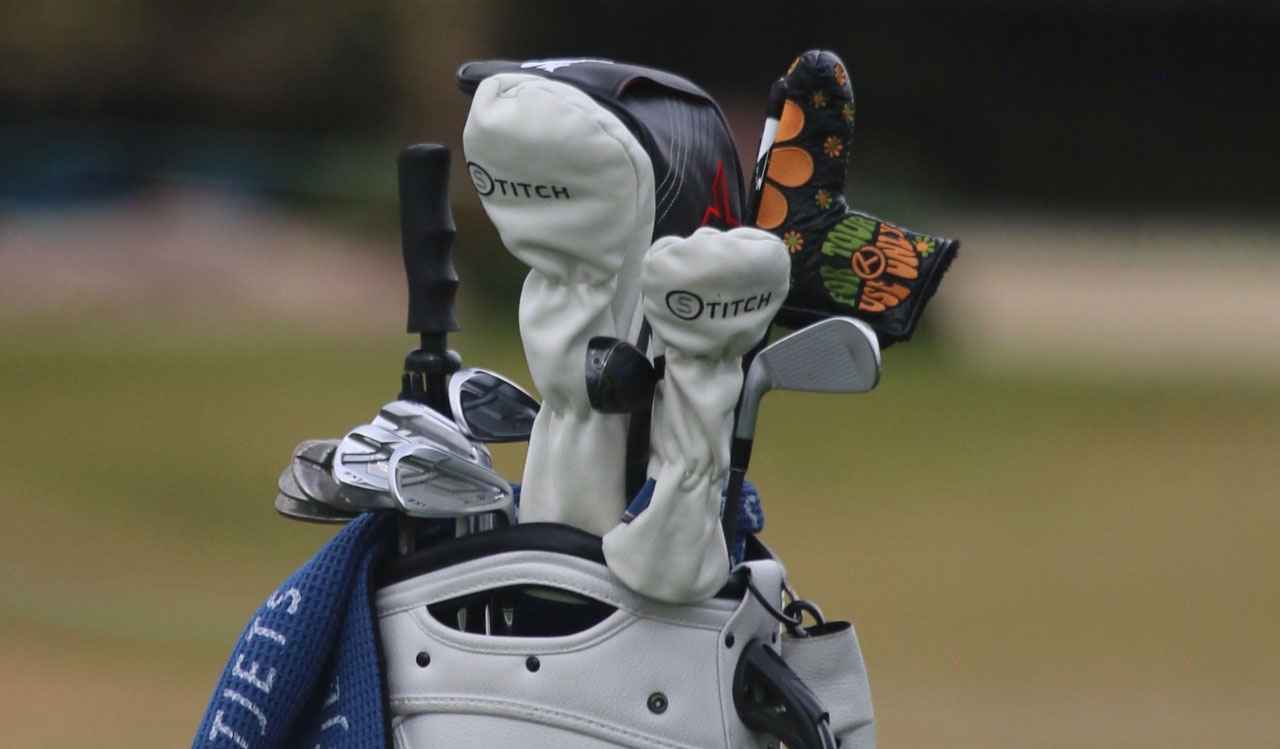 While he has bounced between a TaylorMade M5 and Callaway Mavrik Sub Zero in the past, Koepka migrated to a TaylorMade SIM2 driver early this year.

Koepka had the SIM2 in play at the 2021 US Open and is averaging almost 309 yards off the tee this season.

The SIM2 is TaylorMade’s fastest, longest, and most forgiving driver.

Its aerodynamically-efficient head shape delivers extra club head speed where it matters – in the last metre before impact.

And an enhanced inertia generator (a major contributor to the SIM2’s increased forgiveness) was achieved through a new ‘forged ring’ – a lightweight aluminium component that links the titanium face with the carbon fibre crown and sole.

The SIM2 also features TaylorMade’s flight-correcting Twist Face technology, which straightens heel and toe strikes, and TaylorMade’s patented resin supports the club face to allow the SIM2 driver to sit at the limit of COR (coefficient of restitution, or trampoline effect). 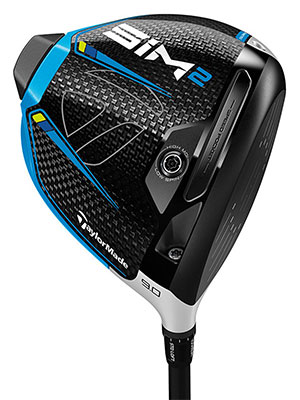 While he has flirted with both  TaylorMade’s SIM driver range and Callaway’s Mavrik Sub Zero driver, Koepka has been relying on a TaylorMade M5 driver for over three years.

Koepka had the M5 in play when he won the 2019 PGA Championship, his most recent major win, and he averaged 307 yards off the tee last season.

The TaylorMade M5 features a T-track weighting system on the sole that alters the centre of gravity to produce a range of ball flights and shot shapes.

Koepka positions one of the weights in the neutral position and has the other as far back on the sole as possible, to maximise forgiveness.

The M5 also features TaylorMade’s flight-correcting Twist Face technology and elevates ball speed with the addition of a resin behind the club face, allowing the driver to sit at the limit of COR (coefficient of restitution, or trampoline effect). 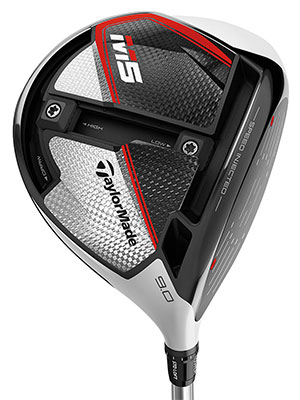 Koepka carries just one fairway wood in his bag and it’s an oldie but a goodie – a TaylorMade M2 Tour 3 wood with 16.5˚ of loft.

While it’s four generations removed from TaylorMade’s newest  SIM2 fairway wood, the M2 Tour has featured in all four of his major wins. 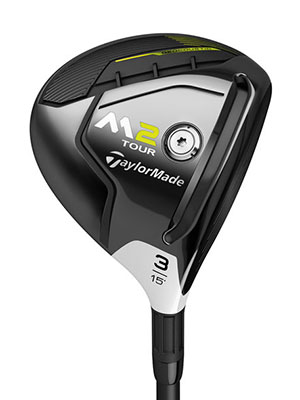 Koepka has stuck with an old Nike Vapor 3 iron, which he employs as a driving iron on tight holes.

He’s kept it around despite Nike leaving the club making arena in 2016.

Koepka has previously gamed a TaylorMade P790 UDI as a potential replacement when the Vapor 3 ion when it gives up the ghost. The P790 Ultimate Driving Iron (UDI), is a hollow-bodied iron filled with vibration damping Speedfoam and offers penetrating distance off the tee or fairway. 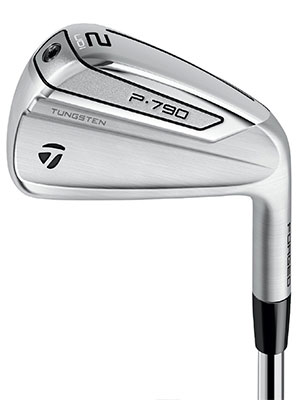 Koepka has played Mizuno irons in each of his four major wins but he swapped them out for new Srixon ZX7 irons at the start of 2021.

Compact and streamlined, Srixon ZX7 irons have a tour-bred pedigree that helps players shape and flight their irons with ease.

ZX7 irons also feature a thin topline and narrow sole, while mass is positioned right behind the sweet spot to deliver extra speed from the sweet spot.

They are crafted from a single billet of 1020 carbon steel and offer unrivalled feel, enhanced by a perimeter weighting system that increases stability. 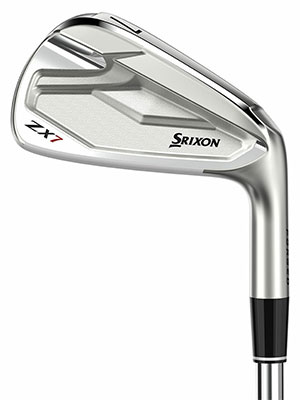 Brooks might be all power off the tee but he also possesses the finesse and feel that makes him a truly great wedge player.

He carries three Titleist Vokey SM8 wedges in the bag and they let him unleash his creativity around the green.

Vokey wedges provide spin, control and versatility and come in a range of loft and grind options.

It’s the putter that has played a significant part in his four major wins, and, as you’d expect, Brooks still has his Scotty Cameron T10 Select Newport 2 putter in the bag.

Koepka’s is a tour issue-only variant of the Newport 2 putter, a classically shaped flat-stick that features three prominent screws on the back cavity and a tungsten balanced sole.

But Brooks isn’t afraid to mix it up. He has subbed the putter out in the past for similar Scotty Cameron models, which are regarded as among the best in golf. 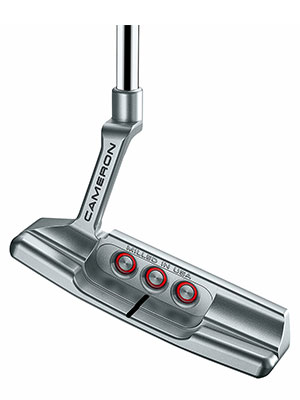 Brooks uses the new version of the four-layer Titleist Pro V1x, which has flipped places with its Pro V1 sibling.

It actually spins more and flies higher now than the three-layer Titleist Pro V1, the ball that set the new standard for performance over 20 years ago.

Being slightly firmer, the Pro V1x suits Koepka’s power off the tee and it allows Koepka to dial up the spin with his short irons.

It’s the ball he’s used in all four major wins but Koepka has also been seen testing a  Srixon Z-Star XV ball. 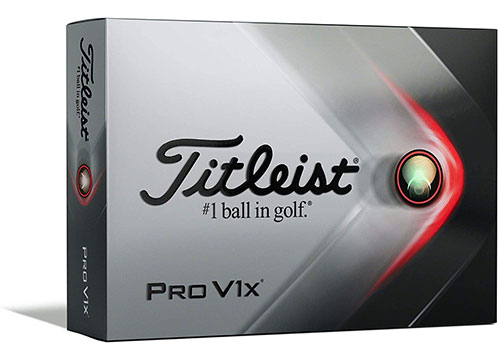