Beefy Bryson has done what few golfers have been able to: change his physique to find more distance without impacting other parts of his game.

And at the US Open at Winged Foot it was all on show as he pounded his driver extraordinary distances and muscled his way out of thick rough to score a memorable six-shot win.

Here are the clubs the golfer now known as " The Incredible Bulk" used to claim his first major win and unsurprisingly, it’s an eclectic line-up that perfectly complements his unique approach to the game.

What clubs does Bryson Dechambeau use? 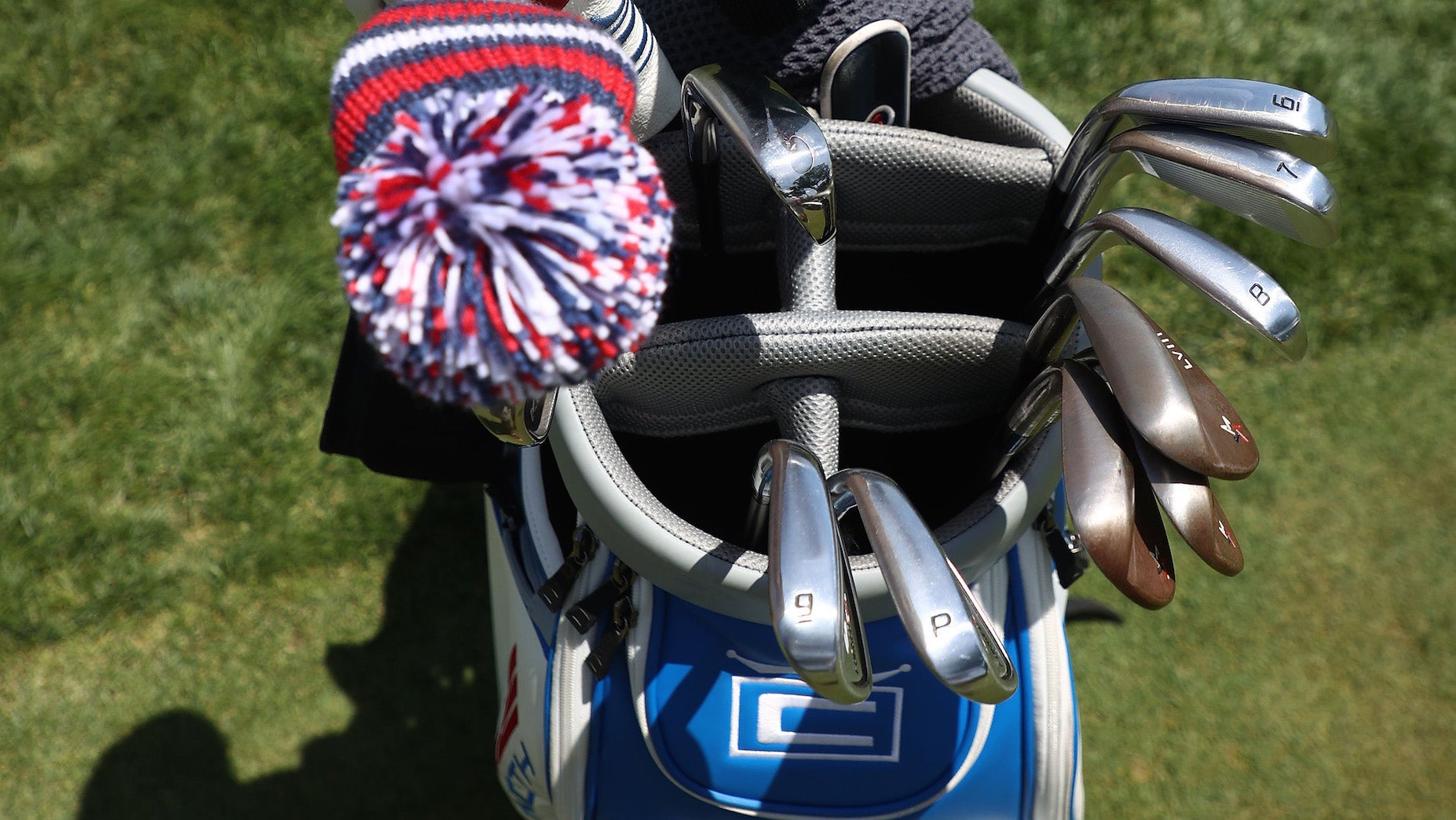 Bryson’s dedication to adding more distance to his game has seen him actually go back to the future with his driver in 2021.

He swapped out the Cobra King Speedzone driver, with which he pummelled mercilessly to win the 2020 US Open by six shots, for a Cobra King LTD Pro driver – a club that first hit the market back in 2015.

He won the Arnold Palmer Invitational (API) at Bay Hill in March with the Cobra King LTD Pro and clobbered it tremendous distances thanks to a raft of Bryson-specific tunings completed with the assistance of his long-driver buddies.

With a loft of just 7.5˚, Bryson’s Cobra King LTD Pro driver is close to long-driving contest specs to complement his powerful physique and is fitted with an LA Golf AXS Blue 6 X shaft.

Bryson’s quest to bulk up and take advantage of his length of the tee with his driver has been a key to his recent success - he increased his driving distance by almost 20 yards in the 2020 PGA season compared to the previous year.

And it’s a trend that looks set to continue whether Bryson has the Cobra King LTD Pro,  Cobra King Speedzone or the latest Cobra King RADspeed driver - which he tested in the off season - in his bag.

The Cobra King Radspeed driver is extremely efficient at generating ball speed and distance through its radial-weighted, low-spin design and ultra-hot face, while also providing forgiveness and stability to straighten wayward flights off the tee. 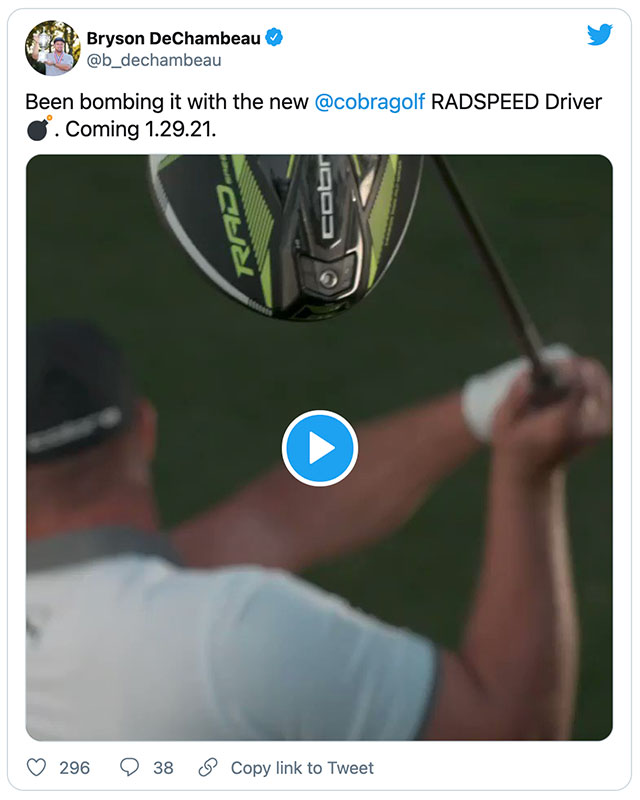 Bryson’s dedication to adding more distance to his game is apparent given the specifications of his Cobra King Speedzone driver.

It’s the club which has largely driven his success: Bryson increased his driving distance by almost 20 yards in the 2020 PGA season compared to the previous year.

And it’s a trend that looks set to continue, with Bryson’s average driving distance at the US Open an impressive 326.1 yards. He ranked third in strokes gained off the tee for the week in what is regarded as golf’s most brutal test.

His Cobra King Speedzone driver is extremely efficient at generating ball speed through its aerodynamic shape and ultra-hot face, while it’s also highly forgiving and stable to straighten up round-wreckers off the tee.

With a loft of just 7.5˚, which Bryson has adjusted down to 5.5˚, it’s getting into long-driving contest specs, which suggests Bryson is one powerful unit. His Cobra King Speedzone driver currently has a LA Golf BAD Prototype 60 TX shaft at fairly standard length of 45.4 inches shaft, but the US Open champ suggested he may opt to fit a longer 48 inch shaft in time for the Masters in the pursuit of greater length off the tee. 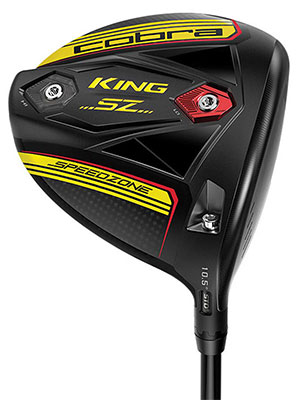 WITB UPDATE 06/05/2021: Bryson recently added a prototype RADspeed fairway into his bag at the Wells Fargo Championship, as he continues to cycle through a number of Cobra-made clubs in 2021 to find extra distance and accuracy.

He swapped out his 11.5° Cobra King Speedzone Tour fairway wood, with which he won with the API at Bay Hill back in March, in favour of a RADspeed Big Tour fairway prototype.

Cobra’s standard RADspeed Big Tour fairway wood has 14.5° of loft but Bryson has his prototype version set at 10.5°, which is a driver loft for almost everyone else.

Bryson’s RADspeed Big Tour prototype also has custom-made baffler rails to stop it digging into the turf, echoing those found on his other fairway wood, a 14.5° Cobra Speedzone Tour.

Both fairway woods are connected with LA Golf BAD Prototype shafts, with the 10.5˚ RADspeed prototype fitted with a 43-inch 70 TX spec and the Speedzone Tour a 41-inch 80 TX model. 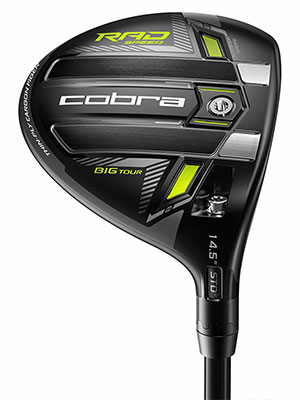 While DeChambeau’s fairway woods didn’t see too much action at the US Open, he relies on two Cobra King Speedzone Tour fairway woods set at 11.5˚ and 13.5˚ of loft.

They feature dual baffler rails on the sole to slide through turf with speed and stability and their carbon fibre crown shifts weight lower in the clubhead to optimise the centre of gravity.

The Tour model has a smaller head to encourage workability while a sole weight located near the leading edge promotes a low-spinning ball flight and lower trajectory. 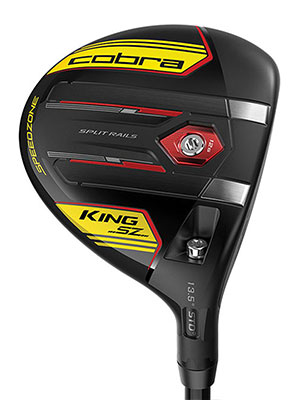 The Cobra One Length range is inspired by Bryson’s preference to have every iron in his bag fitted with the same length of shaft, which is around a normal seven-iron length of 37.5 inches.

It’s a unique approach designed to create consistency and a repeatable set-up position, with every head weighing the same and lie angles adjusted through the set.

All irons are fitted with LA Golf Rebar Proto shafts at the One Length standard 37.5 inches.

Bryson’s three Artisan Prototype wedges are handcrafted in the US and customised to his requirements.

Sporting a rusted patina, they are all coupled with LA Golf Rebar Proto shafts.

Bryson’s putter practically confirms his scientific approach to the game, with the SIK brand of putter an acronym for “study in kinematics”.

For the uninitiated, kinematics is a branch of mechanics concerned with the motion of objects, which ties in nicely with Bryson’s enthusiastic interest in the physics and dynamics at play in golf.

And during the US Open, he showed how effective his custom-made putter is when holing several clutch putts to tame the slippery Winged Foot greens.


The Bridgestone Tour B X ball is designed for swing speeds above 105mph, which makes it ideal for a fast-swinging flusher like Bryson.

It’s the perfect balance for Bryson, who smashes drives but is famously pedantic about controlling his approach shots.

GOLFTV recently asked Bryson on Twitter (Sep 21, 2020) how far he hits each club, and he replied. 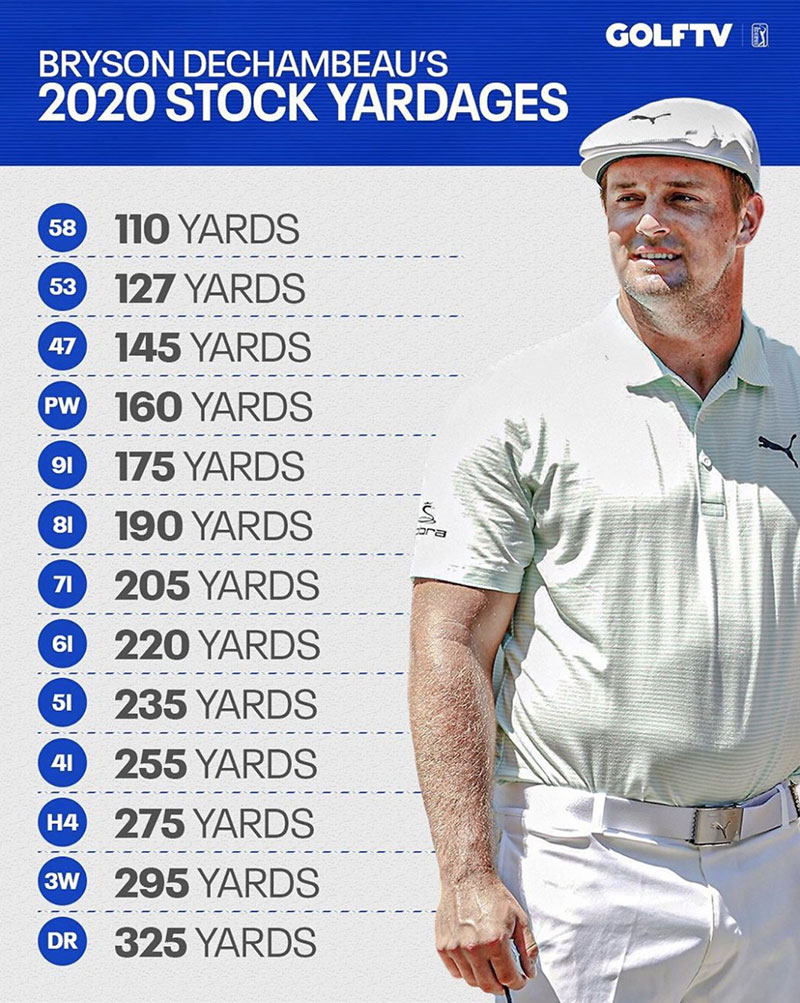