The 2021 US Masters golf tournament is held at the the prestigious Augusta National Golf Club and starts Thursday, 8th April and ends Sunday, 11th April.

It doesn’t get much better than back-to-back US Masters, with the first major of 2021 coming hot on the heels of last year’s fan-free November edition. 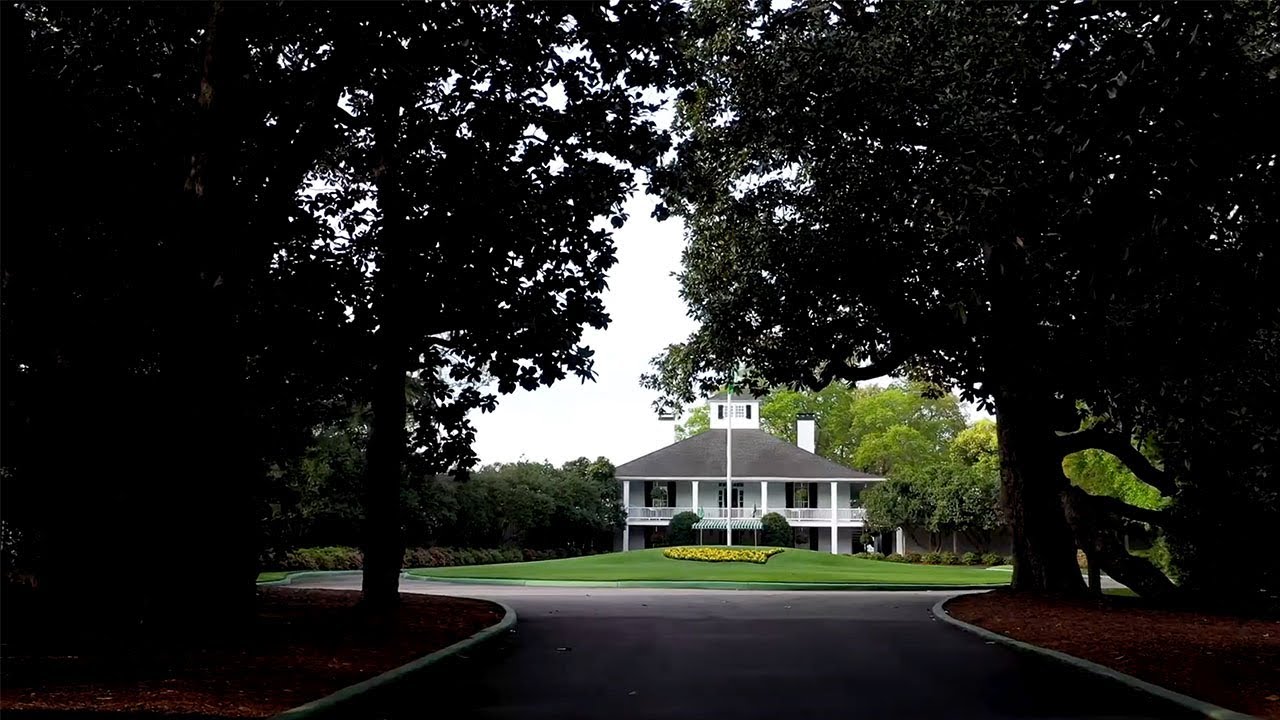 Back in its April time slot, this year’s Masters will feel a little more traditional than the last one and come Sunday another lucky golfer will slip on the famous green jacket.

It’s the tournament that seems to pen its own script each year, but here are ten Masters’ talking points to watch out for in 2021.

Seeing Augusta National in the raw at last year’s November Masters was a real eye-opener. Unsullied with the infrastructure needed to accommodate patrons, the course seemed very different, yet strangely familiar for viewers.

And with the tournament taking on the ambiance of a mini-tour event, many players admitted they missed the patrons’ roars echoing through the pines to all corners of the course

Yes, it was serene last year. But it’ll feel a little bit more like the Masters this time.

Augusta will allow a limited number of patrons through the gates, injecting some much-needed colour to the Masters this year - alongside the azaleas and dogwoods that bathe the course in colour every April.

When Dustin Johnson finally landed his first green jacket last year, his tearful outpouring of emotion showed just how much it meant to him to win at Augusta.

And after such a dominant performance last year, where his 20-under total broke Tiger Woods’ 72-hole scoring record, there’s little to suggest he won’t be marching to victory in much the same manner again this year.

He’s the world No.1, the current FedEx Cup champion and has already won in Saudi Arabia this year.

But the only lingering doubt seems to be his driver, the club which he controlled to perfection in last year’s Masters’ victory. After enduring a small dip in driver performance, Big Dusty tested a bunch of different  SIM2 setups at the WGC event in Florida last month to get his game back on track.

If he has got the right one in the bag at the Masters, it could be a second green jacket for DJ.

November’s Masters was notable for the lack of fire in Augusta’s notoriously quick and sloping greens, which were significantly softer and more receptive than usual.

Those conditions were ideal for Dustin Johnson, who was able to hold the greens effortlessly with his second shots to the par fives. His second shot into the par 5 second hole in the third round was a good example of how differently the greens were playing in November.

He stiffed a five iron left of the pin, which is normally a no-go zone where the ball will release, run down the slope and end up in the valley next to the green. But in November’s moist, dewy conditions it stopped dead on the green and DJ would eagle the hole on his way to victory.

One thing’s certain: the greens will be harder and firmer come April and are expected to again provide a stern test.

With all the hype of November’s Masters now in the rear-view mirror,  Bryson DeChambeau can get back to doing what he does best: winning big golf tournaments. It seemed Bryson was the only story at the Masters five months ago.

Reports of him threatening to render Augusta National obsolete with his length, especially after he won the US Open by six shots using a bomb and gouge approach, was the main focus for the week. But Augusta National hit back, with Bryson finding trouble off the tee on too many occasions and mysteriously losing a ball in the second cut of rough at the third hole on Friday.

He finished tied 34th, 18 shots behind the winner, but later complained of feeling dizzy throughout the tournament. But after winning the Arnold Palmer Invitational at Bay Hill in style last month, he’ll again be the talk of the tournament.

He will win at Augusta one day, but will it be this year?

The green jacket presented to the winner of the Masters is one of the most prized and treasured articles of clothing in the world.

But in 1994 one lucky punter stumbled on an old one in a Canadian charity shop and bought it for $5. It was verified by Augusta National as being authentic and was estimated to have been from the 1950s era - likely to have once been the property of an Augusta member rather than one presented to any of the Masters winners during the decade.

But for the player who wins his own green jacket this year, it’ll remain priceless.

The Queenslander rode his impressive form, and an equally impressive mullet, last year to finish joint runner-up to Dustin Johnson. In fact, the 27-year-old’s 15-under total was the lowest score not to win the Masters.

Smith can consider himself unlucky he didn’t become the second Aussie to win the coveted green jacket but if he can shoot a similar score this year, he’ll be thereabouts again. What stood out last year was his scrambling, which featured a truly remarkable sequence of up-and-downs at the pointy end of the tournament.

Scrambling well at the Masters is important to maintain momentum, and if he can keep growing his mullet with the same intensity, he might just be the man this year.

Along with Cameron Smith, there will be four fellow Australians in this year’s Masters: Marc Leishman, Jason Day, Matt Jones and Adam Scott.

Leishman has been struggling for form ever since resuming from last year’s long break and Augusta is not the kind of place you want to be searching for your game.

Jason Day has shown glimpses of form while again on the comeback trail from injury, while Matt Jones is arguably in the form of his life after winning the Honda Classic last month.

Jones shot 61 in the opening round, a performance Lee Westwood described as “possibly the best round of the year.”

And Adam Scott, who broke the Australian Masters drought in 2013, has been consistent without threatening to win.

He admitted he would be working hard on his long game prior to the Masters but thought his short game had never been better.If he does get both parts to click at the same time, look out.

Augusta is full of quirky traditions but there’s one held on the Tuesday of every Masters week that gives a special insight into what makes a Masters champion. Called the Champions’ Dinner, the event is only open to previous Masters winners and a few of the Augusta elite.

The current Masters champion has the honour of selecting a menu for the celebration and the speculation about what will be served is always a strange highlight of the incredible Masters week at Augusta.

It’ll be DJ’s turn this year but some memorable menu selections include Nick Faldo’s classic English menu of tomato soup and fish and chips in 1997 and Tiger Woods’ cheeseburgers, French fries and milkshakes in 1998.

Charl Schwartzel’s meat-and-greet was a hit, serving up a classic South African BBQ in 2013, while Aussie Adam Scott went for a surf and turf in 2014 - Moreton Bay bugs and steak followed by a true-blue Aussie pavlova.

Scotsman Sandy Lyle’s menu in 1989 is widely considered the lowlight. He served a stomach-turning menu of Haggis served with mashed potato and mashed turnip.

Jordan Spieth seems to have arrested the slide into oblivion after almost breaking through twice for his first win since 2017. The uptick in form sees Spieth emerge as a legitimate contender at Augusta this year, the course he simply owned early in his career.

He finished runner-up at the Masters at his first appearance in 2014 and then went wire-to-wire to win the following year.Then in 2016 he was cruising to back-to-back green jackets until it all unravelled at the 12th hole in the final round.

He chunked two shots into Rae’s Creek, never recovered and lost by three shots to Danny Willett.The three-time major winner has endured a particularly long stay in the doldrums after winning the 2017 British Open.

One of the finest putters in the game, Spieth had seemingly lost his touch and a two-way miss off the tee compounded his problems. If he can maintain his current form, he’ll be a big threat in the final round.

Unless you’re a hardcore golf fan, Will Zalatoris probably won’t be on your radar at this year’s Masters. But Zalatoris’ journey to this year’s tournament is, to put it mildly, quite incredible.

Less than two years ago, he was Monday qualifying for Korn Ferry Tour events - the PGA’s feeder tour – but is now ranked inside the top 50 players who earn automatic Masters invitations.

Last year he had 10 top-ten finishes on the KFT, winning once, and made the most of a start in the US Open, where he finished sixth. He was given a battlefield promotion to the PGA Tour this season and has played with remarkable consistency.

He’s missed just one cut in his last 30 tournaments and if he can bring that form to Augusta on debut, he will quickly make a name for himself.